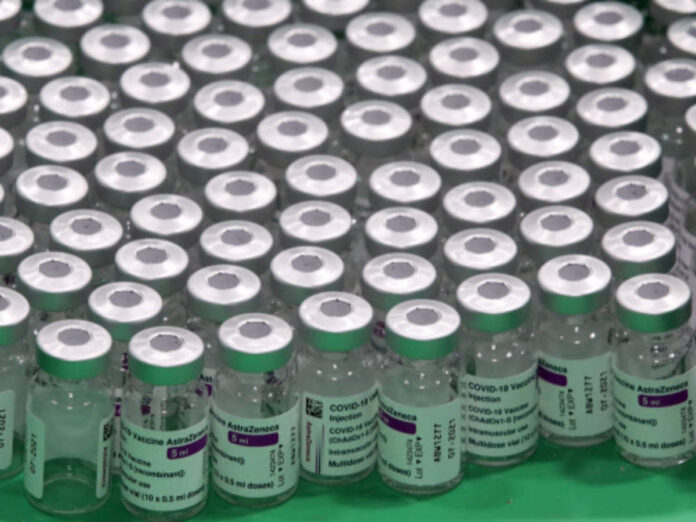 Union government announced and supplied vaccines under “Vaccine-Maitree” program. Indian diplomacy has certainly dissatisfied many opposition parties and they started a campaign against the Union government. We have to remember that unless our neibouring countries are free from the grip of the Covid pandemic, we are not safe.

Government of India has been embroiled in controversy over allegations that it has exported vaccines abroad without prioritizing the domestic need for immunization. There were posters in Delhi, asking, “Why did Modi send our child’s vaccine abroad?” The government clarified that the main reason for exporting vaccines abroad was the liability of the vaccine manufacturing companies, which are of two types – commercial liability and licensing liability. However, there is a need for clarity on the issue as there was no obligation to fulfil this responsibility immediately.

In the three months from January 20, 2021 to April 22, 2021, India exported about 4.6 crore vaccines to 94 countries for three purposes – to the United Nations peacekeeping force, under the Kovax program and for trade. Of this, Rs 1.06 crore doses were donated to 46 countries, including 7 neighboring countries and the United Nations peacekeeping force. From February 23 to April 16, India has sent 1.4 crore vaccines under the Covax program to help vulnerable countries cope with the epidemic in collaboration with international organizations such as the World Health Organization, SEP, Gavi and UNICEF. In other words, the remaining 3.58 crore doses of vaccine were commercially sold from January 25 to 24. Of these, 3.44 crore, or about 69 percent, have been exported to only 13 countries, including Bangladesh, Morocco, Brazil, and Saudi Arabia. The UK and Canada, which sit on the pile of vaccines, were sold 50 lakh and 5 lakh doses of the vaccine, respectively. In other words, exported commercially to relatively prosperous countries since January, a month before the vaccine was delivered to vulnerable countries under Kovax programme. Commercial exports, however, were suspended by the end of March due to uncontrolled spread of covid infections.

No doubt that India is one of the world’s leading vaccine producers. But over-estimation of its Covid vaccine production capacity was one of the reasons behind the export decision. Most of the manufacturers in India do not have the necessary infrastructure to produce the vaccine to match the requirement in a short span.

Experts, who estimated the need for vaccines in the country, were confident that the Covishild and Covaxin vaccines produced in the country would be further strengthened once the domestic vaccine requirements were met. Some even began to think that Covid had left India and that the country had survived the second wave of Covid attacks, which led to a reduction in the need for vaccines in the country. Based on all this, the decision to export vaccines abroad was made. It is also a fact that the Chinese vaccine was entering into our neibouring countries and India was required to give a check through vaccine diplomacy. Union government announced and supplied vaccines under “Vaccine-Maitree” program. Indian diplomacy has certainly dissatisfied many opposition parties and they started a campaign against the Union government. We have to remember that unless our neibouring countries are free from the grip of the Covid pandemic, we are not safe.

The responsibilities of the two Indian vaccine exporters, Serum Institute and Bharat Biotech, can be examined. India’s Serum Institute (SII) signed an agreement to produce the Covishild vaccine by obtaining a license from Astrazenica in June 2020 while research was underway to develop the Covid vaccine. Accordingly, the SII has agreed to supply 100 crore doses of the vaccine produced to the world’s poorest countries, which could be considered the responsibility of the SII. The study, however, found that it was the part of a series of international commitments made to the vaccine program in Astrazenica’s Covax. So it can be said that it is a condition to keep an international commitment of the licensing parent company without assuming a licensing obligation. As Bharat Biotech’s vaccine, Covaxin, is an Indian vaccine, there is no question of licensing responsibilities.

Meanwhile, both companies have entered into trade agreements with various countries for the supply of vaccines, which are not generally available. However, on January 3, 2021, the government made it clear that the vaccine could not be exported until the need for vaccination of the poorest in the country was met. The company suspended the export decision, albeit temporarily, as all sorts of responsibilities were subordinated after the government order. Hence, there was no reason to start re-export. But one of the reasons for this was the government’s announcement of a “Vaccine-Maitree” program. In the past, the two vaccine manufacturers were entering into trade agreements with foreign countries, but vaccine diplomacy played a bigger role. As a result, the company’s role in export decisions was undermined. The program was launched just four days after the vaccination began on January 16, while more than 14,000 new cases got infected in the country. It is also a fact that the export decision was taken, considering the reluctance of many people and the campaign launched by the opposition parties to get vaccinated.

The first phase of immunization in the country was only for corona warriors, while vaccinations for civilians over the age of 60 began on March 1. Therefore, the vaccine exports, which started on January 20, long before the public outcry arose, reached about 3.6 crore doses in just 40 days, accounting for 55 per cent of the total exports. While daily infections are on the rise, vaccine exports are on the rise. In April, the government was forced to cut exports to a record low by April 22, coughing up all records of the covid infection. It is alleged that the companies were forced to export vaccines to countries that supplied raw materials for vaccines respecting trade agreements.

It is said that on May 18, the SII made it clear that commercial exports were far from over by the end of 2021, and that it was completely incapable of exporting vaccines to poor countries by keeping its promises under the Covax program. The legitimacy of exports due to a variety of responsibilities, commercial exports could have been avoided, at least temporarily. Due to the severe shortage of vaccines in the country, exports are now being delayed and global tenders have to be looked at through imports.

Due to the large population, density and other factors in India, widespread vaccination can be the main weapon in fighting the epidemic. Recognizing this reality, the government prioritized how vaccination can be accelerated. It was never the government’s failure to assess the situation leading to export the vaccine. We agree that a transparent vaccination policy needs to be implemented in the country immediately, so that the allegations of inter-state immunization in the field of vaccine delivery to the states can be avoided and there is clarity in the future of vaccine exports abroad.

Corona Virus shall remain with us in future days too. All of us will be required to take the third dose after 10-12 months of the second dose to keep the immunity level at the optimal level. A vast populous country like India requires a strategic war plan to contain Covid-19. It is easy to criticise any executed step, while we analyse them at a later date, but it is certainly too difficult to apprehend and plan a strategy well ahead. Corona Virus is unpredictable, hence any prior estimation, calculation may not hold good for absolute containment. Our determination and discipline, coupled with passion for each other will make us victorious in the war against Corona Virus.