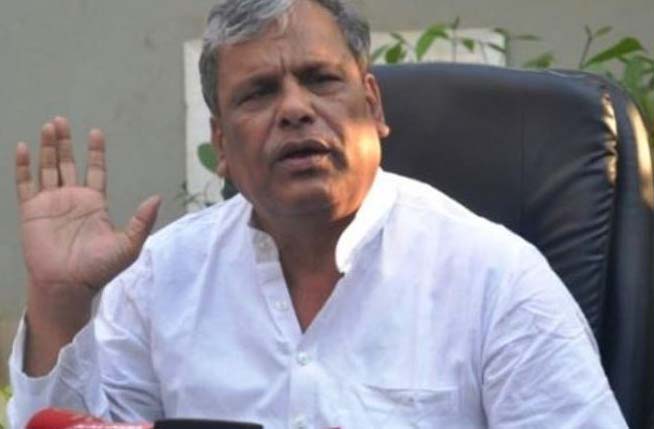 Odisha PCC leadership has cautioned former union minister Srikant Jena to toe the party line or face disciplinary action. While Koraput MLA Krushna Chandra Sagaria quit his assembly seat accusing the PCC leadership of not fighting for the cause of the Dalits and tribals properly party MLAs, Naba Kishore Das and Prafulla Majhi are also unhappy with the leadership.

Jena earned the wrath of the PCC after he publicly sought to drag the name of Patnaik in the illegal mining issue.  “Do you disagree that all illegal mine operators need to be dealt with severely and their ill-gotten wealth should be confiscated and utilized for the welfare of the people of Odisha,” Jena said.

Jena, who has also a large following in the Congress, has also been advocating that Congress leadership should have its chief ministerial and deputy chief ministerial candidate from the OBC/SEBC, SC and ST communities as they form 92 per cent of the state’s population.  “In fact, a conspiracy had been hatched to oust me from the party in May.  I had prepared the preamble of manifesto in which I made certain suggestions that would have helped the party. However, it seems it did not go down well with the leadership”, said Jena who now plans to tour the state to highlight these issues. He had also written a letter to Odisha Congress in-charge, Jitendra Singh in this regard on May 3.

Hitting out against Jena, PCC president Niranjan Patnaik said, “I have no links with any mining business. We will not tolerate any indiscipline.”

Throwing his weight behind the new manifesto committee chairman Ganeswar Behera, PCC president said, “He belongs to the Dalit community and is both knowledgeable and experienced. I am hopeful that Congress will come out with a good manifesto.”

The growing rift between Jena and Patnaik does not augur well for the party which is already divided into factions. While Koraput MLA Krushna Chandra Sagaria quit his assembly seat recently accusing the PCC leadership of not fighting for the cause of the Dalits and tribals properly party MLAs, Naba Kishore Das and Prafulla Majhi are also unhappy with the leadership.

However, leaders like PCC’s Disciplinary Committee chairman Hemananda Biswal sprung to the defence of the leadership. “Jena was removed from the manifesto committee because of indiscipline. Both Jena and former MLA Krushna Chandra Sagaria indulged in anti-party activities. We have informed AICC president, Rahul Gandhi about it.

Senior Congress MLA Tara Prasad Bahinipati said, “Niranajan Patnaik is not a mining mafia. Those who are saying these things should quit the party. Sriknat Jena is known as Chakranta Jena. He has already caused enough damage to the party by making anti-party statements. The leadership should think about taking disciplinary action against him.”

The Congress today organized a public meeting on the issue of corruption at Patkura in Kendrapara district. All the senior leaders of the party including PCC chief Patnaik, former PCC president Jaydev Jena, new manifesto committee chairman Ganeswar Behera and MLAs Anshuman Mohanty and Debendra Sharma were present.