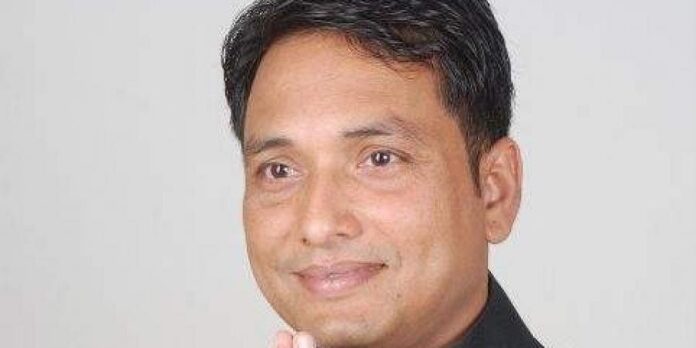 Chief Minister Naveen Patnaik has always maintained that his government allows the law to take its course and ensures that the guilty are punished irrespective of the position they occupy in the society or the government. Right now the BJD government seems to be in all kinds of trouble following the uproar over the murder of a lady school teacher in Kalahandi. There is growing demand for the resignation of minister of state for Home Dibya Shankar Mishra who is being accused of shielding the main culprit in the case. The political storm triggered by the case could impact BJD’s prospects in the upcoming panchayat polls

Political temperature in the state has shot up with minister of State for Home Dibya Shankar Mishra in the eye of storm following allegations of his close links with the main accused in Kalahandi lady teacher Mamita Meher murder case. The main accused, Gobind Sahu, who was the president of the school management committee and allegedly ran a sex racket there, has since been arrested but the opposition continues to insist on the resignation of the minister, who also hails from Kalahandi, in the interest of a fair probe.

The political storm over the issue is shows no signs of subsiding despite Mishra’s offer to step down if found guilty of shielding the main accused as alleged by opposition BJP and Congress. Both the parties have accused him of patronizing Sahu, who had once managed to escape from police custody. They have also hit out at chief minister Naveen Patnaik for not sacking his deputy in the Home department despite a statewide uproar over Mamita’s murder.

The ruling Biju Janata Dal (BJD) being keenly aware of the impact the issue could have on its prospects in the upcoming panchayat polls has launched a counter-attack on the BJP by organizing demonstrations against rise in the prices of essential commodities, especially the prices of petrol and diesel. The party has also questioned the moral right of BJP in asking for Dibya Shankar Mishra’s resignation when its own party minister at the Centre Ajay Mishra refused to step down following the Lakhimpur Kheri incident in Uttar Pradesh.

However, even though the ruling party strongly defended Mishra in the face of a growing demand for his ouster, it had reportedly decided not to associate him with the Chief Minister Naveen Patnaik’s recent visit to Mayurbhanj district for launching the distribution of Biju Swasthya Kalyan Yojana (BSKY) smart cards among the beneficiaries in the district, laying foundation stones and inaugurating projects worth Rs 2,400 crore.

As per the practice in the BJD, all the ministers have been kept in charge of different blocks and panchayats for distribution of the health cards after the function of the Chief Minister. Sources maintained that the name of Mishra was missing from the list of ministers finalised before the visit of Chief Minister to the district. Senior BJD leaders avoided commenting on the issue.

Several senior ministers including Finance Minister Niranjan Pujari and Law Minister Pratap Jena were to be in charge of Sarashkana and Baripada municipality respectively. While Revenue and Disaster Management Minister Sudam Marandi was to be  in charge of Bangiriposi, Kuliana and Jamda blocks, Food Supply and Consumer Welfare Minister Ranedra Pratap Swain was to be stationed at Jashipur block. Similarly , Minister of State for Tourism and Culture Jyoti Prakash Panigrahi was to  be in charge of Basasahi block while the Health Minister Naba Kishore Das was to accompany the Chief Minister to the main function. Hence, there was growing curiosity over the fate of Mishra who until now has always been given due importance by the party.

On the other hand opposition parties have stepped up their protest against the minister  and continue to demand his resignation for his alleged role in the mysterious disappearance of a 23-year-old woman teacher who hails from Balangir but worked in a school in Kalahandi district. With the panchayat elections likely to be held in February next year, the issue has come as a shot in the arm for the BJP and Congress.

The teacher, who belonged to Balangir district, went missing on October 8. Her family alleged she had gone to meet Govid Sahu, the president of the school where she teaches, in Kalahandi. They further alleged that the Kegaon police station in Kalahandi didn’t accept their complaint on October 9. The family later lodged a complaint with Titlagarh police in Balangir district.

The teacher’s family members suspected she was raped and murdered. Govind Sahu, was detained for interrogation but he  managed to escape from the police custody in Balangir a day after his detention leading to the suspension of three cops. He was finally arrested from an agricultural field where he was hiding. The opposition alleged that his escape was facilitated by Mishra who wields the Home portfolio.

Then the police exhumed charred remains of a body, suspected to be of the missing teacher, from a playground in Mahaling area of Kalahandi district. Condemning the incident, the student wing of the Congress took out a rally and gheraoed the minister’s residence in Bhubaneswar. The protesters hurled eggs and tomatoes at the minister’s home.

The BJP, too, hit the streets of the state capital. The agitators tried to march towards the Lower PMG Chhak when the police stopped them, leading to a minor scuffle between the cops and the agitating workers. Senior BJP leaders said that a fair probe into the incident was not possible until the minister was removed as he was in a position to tamper with evidence and influence the probe.

Senior BJD leaders, however, advised the opposition to refrain from politicising the issue and assured that stringent action would be taken against anyone found guilty. What is evident is that the BJD finds itself on a sticky wicket in this case because state government’s track record on the front of crime against women is dismal in any case. The statistics are disturbing and Odisha still remains one of the most unsafe states in the country as far as women are concerned.

This incident is bound to further tarnish the image of the government, more so because Mishra happens to be the minister of state for Home that deals with law and order. Besides, he happens to be the deputy of chief minister Naveen Patnaik himself in this all important ministry. The message that goes out could tarnish even the image of the chief minister even though he and his government have always maintained that law should take its course in such matters. In the past several ministers have been asked to step down following lesser controversies. One has to see if Mishra is asked to go or he manages to survive.