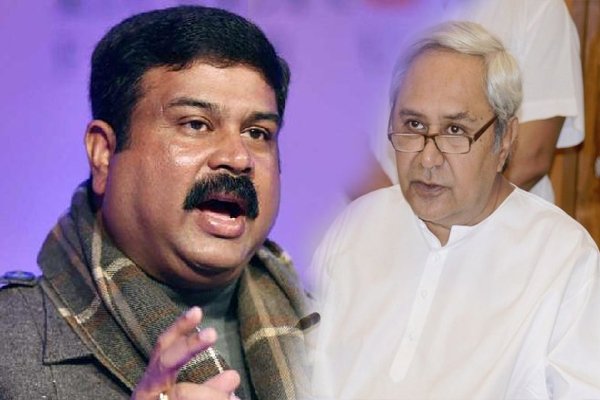 With elections approaching everything is turning into a debate and snowballing into a controversy. The chief combatants—ruling Biju Janata Dal and BJP—are sharpening their knives and the rivalry seems set to escalate in the coming days. A sign of this is the sparring between the two sides over cyclone Titli.

As the election nears even tragedies are spawning politics, the best example of this being the sparring between the ruling Biju Janata Dal (BJD) and BJP over cyclone Titli, which struck the Odisha coast in October causing massive destruction.

The war of words between the ruling Biju Janata Dal (BJD) and BJP escalated over state government’s preparedness to save lives and ensure relief to people during the cyclone. The immediate provocation for the verbal duel between the two sides was union petroleum minister Dharmendra Pradhan’s comments on government’s failure to achieve zero casualty. The BJP has also alleged that state government failed to provide relief to people during the cyclone.

Pradhan expressed his feelings on social media. “The slogan of Chief minister Naveen Patnaik to ensure ‘zero casualty’ remains only on pen and paper. What is more unfortunate is that Naveen was busy in a photo shoot for Hockey Men’s World Cup branding when the people of the state were in distress,” said the minister. He also questioned when people were facing such a crisis, why did Naveen join the KBC programme.

On the other hand chief minister Naveen Patnaik has sought to steer clear of political battles over the issue and focused on reconstruction and rehabilitation work.  In view of the massive destruction caused by the cyclone the chief minister urged Prime Minister Narendra Modi to provide interim relief to the tune of Rs 1000 crore immediately to the state to take up relief, restoration and rehabilitation work in the areas affected by the cyclone.

Describing the condition of the cyclone ravaged districts as ‘grave’ Naveen said, “I would request you to release an interim assistance of Rs 1,000 crore to the State to enable taking up relief and restoration works of immediate nature.”

Naveen also said that as many as 57 persons had lost their lives in different districts, 10 people are reportedly missing due to land slide, wall collapse and drowning. More than 60 lakh people have been hit by the cyclone, he added.

“We have submitted a preliminary memorandum to the Government of India estimating the requirement of fund  as 2,770.28 crore and seeking Central assistance of Rs 2,014.09 crore from the National Disaster Response Fund (NDRF) over and above the funds available in the State Disaster Response Fund for the year 2018-19,” he said.

As more than 57,000 houses have been destroyed by the cyclone, Naveen demanded that government of India should provide houses to those affected people under the Prime Minister Awas Yojana. “The Government of India may consider special allocation of 57,131 houses under the PMAY,” he said.

Naveen in his letter to Modi also mentioned that power infrastructure and the agriculture sector were hit badly because of the severe cyclonic storm. “Titli and the subsequent floods have caused damage and destruction in 17 districts of Odisha, the non-coastal district Gajapati, has been worst affected,” the chief minister said.

However, the government is facing a backlash from people in the cyclone hit areas because of the delay in restoring the damaged power infrastructure in districts like Gajpati and Ganjam. This despite the fact that secretary, Energy personally camped in the worst hit districts and supervised the work.

A senior official said, “Our primary focus is to reach to the door steps of the cyclone ravaged people and provide them all required assistance. Now we are working on providing agricultural inputs. The input subsidy will be provided to farmers on the basis of report submitted by Agriculture Department and Collectors of the respective districts. As per the government decision, we will provide an assistance to the tune of Rs 13,500 per hectare for irrigated land and Rs 6,800 as agriculture inputs for non-irrigated land per hectare.” He added that “a team comprising officials from agriculture, horticulture and Revenue Inspectors has made spot visits to prepare the report.”

Apart from cyclone the ruling party and the opposition, specially the BJP have also been clashing on other issues, the most important of these being the duel over two health welfare schemes– Government of India’s Ayushman Bharat scheme and state’s own flagship Biju Swasthya Kalyan (BSKY). The BJP continues to attack the ruling BJD for not implementing the Ayushman Bharat scheme and sticking to its BSKY.

Union petroleum minister Dharmendra Pradhan has  sharpened his  attack on the state government and accused it of trying to fool the people by coming up with false advertisements about the people benefiting from the scheme. .

The health infrastructure in the state has collapsed. The number of doctors per one lakh has also come down from 11 to 9 in the state. Now three patients are being allocated against two beds.

Health minister Pratap Jena countered it describing the BJP government at the Centre as “Jumla Sarkar.”  He accused that BJP government is acting against the interests of the people in the state. “ They always make false promises. But we always stick to our words.  There is nothing wrong in our claim that over One crore patients have benefited under the scheme. This number includes patients visiting hospital either once or multiple times.”

The attacks and counter-attacks are likely to continue till the elections. The level of acrimony is also likely to go up.