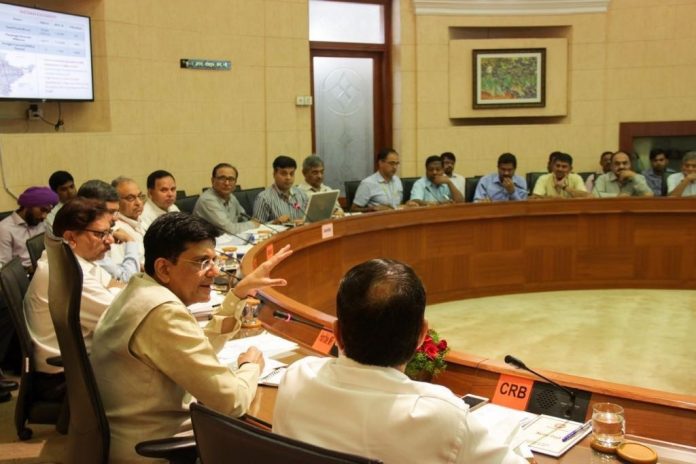 Minister of Railways and Coal, Piyush Goyal held a marathon meeting with members of full Railway Board & Safety Directorate of Railway Board to comprehensively review Safety measures for train operations. A detailed presentation on Safety was made at the meeting. There was threadbare discussion on the subject and the root cause of repeated cases of train accidents in recent past was thoroughly analysed. In the meeting, the Minister emphasised that the safety is paramount and there cannot & should not be any compromise on this front.

Two major causes leading to accidents were identified as:

The special focus of the meeting was to identify measures to reduce accidents due to derailments which have emerged as one of the major causes of Train accidents. Minister of Railways gave following directions to the Railway Board to ensure Safety:

The Minister directed the Railway Board to monitor implementations of this action plan on a regular basis.