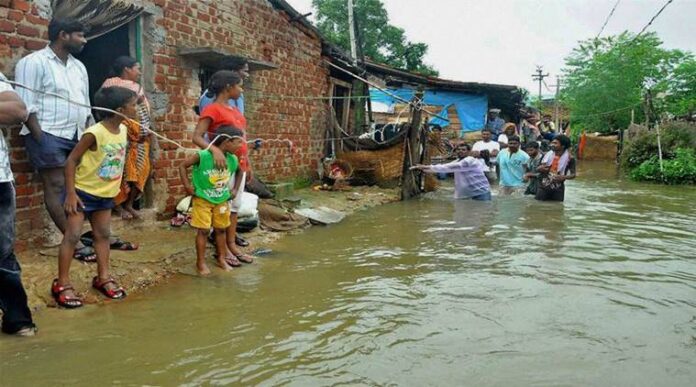 Odisha has been demanding special category tag for a long time now. The demand that was first raised by chief minister Naveen Patnaik when he took up the reins of the state in 2000 has been reiterated several times, the latest occasion being Niti Ayog Vice-Chairperson’s visit to the state. That Odisha not only needs but also deserves this tag is evident from the havoc caused by a series of natural disasters, the latest playing out in the state in the form of floods in the Mahandi basin. 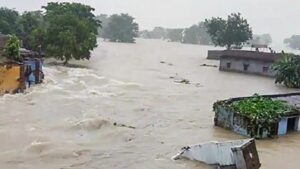 ercent of all the cyclonic and severe cyclonic storms that crossed eastern India during this period. He made a strong case for “Natural Calamity” being included as one of the parameters for according special category status to states like Odisha.

Suggesting that states hit by major calamities should be declared as “Special Focus States” and granted benefits of special category status for a specific period the chief minister argued that such a step would help reconstruction of infrastructure and restoration of livelihoods. This, according to him, will not only help “Odisha” but any state of the country which is hit by a major natural calamity.

On August 7 when Patnaik took part in NITI Aayog’s Governing Council meeting chaired by Prime Minister Narendra Modi at New Delhi he brought up the issue once again urging the Centre to make Odisha a special focus state and allocate funds for disaster proofing.

Underscoring the need for disaster resilient infrastructure, Patnaik said “As we all know Odisha is impacted almost every year by natural disasters. It’s important to have disaster resilient infrastructure to protect the state and its people from the vagaries of nature. I would sincerely request the central government to make Odisha a special focus state and allocate funds for disaster proofing.”

Incidentally, before Bery, who promised to look into Odisha’s demand sympathetically and assured help to put the state on a high growth path, Patnaik had raised the issue of urgent need for special assistance to the state with his predecessor Dr. Rajiv Kumar. During his interaction with Kumar last December the chief minister had sought to justify the claim of his state by pointing out that Odisha despite making substantial improvement in the last two decades in both macroeconomic and socio-economic indicators and investing heavily in infrastructure development remained burdened with infrastructural gaps and continued to be vulnerable to recurring natural calamities.                                                                    The lack of substantial financial assistance from the Centre that special status promises is, in fact, threatening to negate the positive impact created by the achievements of the state government in the field of containing left wing insurgency. The war against the Maoist ultras cannot be won completely without upgrading infrastructure including roads and telecommunication in the areas hit by insurgency. Centre must contribute overwhelmingly to the financial burden that the government would incur on this account.                         The idea of according to some states Special Category Status (SCS) was to assist their development in the face of geographical and socio-economic disadvantages like hilly terrains, strategic international borders, economic and infrastructural backwardness, and non-viable state finances. The concept was first introduced in 1969 when the fifth Finance Commission sought to provide certain disadvantaged states with preferential treatment in the form of central assistance and tax breaks, establishing special development boards and reservation in local government jobs and educational institutions, among other incentives. Known as the Gadgil formula after the then Deputy Chairman of the Planning Commission, Dr. Gadgil Mukherjee it related to transfer of assistance to the states by the Centre under various schemes. So far 11 states of the country including Assam, Nagaland, Himachal Pradesh, Manipur, Meghalaya, Sikkim and Tripura have been granted special status.

But the dissolution of the planning commission and the formation of NITI Ayog meant the discontinuation of Gadgil formula-based grants and the concept of special category status got effectively removed after the acceptance of the recommendations of the 14th Finance Commission which advocated increase in the states’ share of central tax revenue.                 However, the demand keeps rising from time to time because many states appear less than happy with what they are getting from the Centre given their peculiar circumstances.  Apart from Odisha   Bihar, Andhra Pradesh, Goa and Rajasthan have been demanding special category status.  They desperately want the benefits that come along with the “special” tag, the most important being that Centre bears 90 percent of the state expenditure on all centrally-sponsored schemes and external aid while the rest 10 percent is given as loan to the state at zero percent interest. The state gets preferential treatment in getting central funds and concession on excise duty to attract industries to the state. As much as 30 percent of Centre’s gross budget goes to special category states.

Besides states with special category status can avail the benefit of debt-swapping and debt relief schemes, are exempted from customs duty, corporate tax, income tax and other taxes to attract investment and special category states have the facility that if they have unspent money in a financial year; it does not lapse but gets carried forward for the next financial year.

Though Odisha like Bihar does not meet all the requirements set for qualification as a special category state it has a strong case, especially given its proneness to natural disasters such as cyclones and floods which have been taking a huge toll on its finances. The worst in recent memory was the super-cyclone of 1999 which left nearly 10,000 dead. In the last one decade cyclones like Jawad, Yaas and Fani have caused massive destruction.

With the exception of Narendra Modi-led NDA government few other governments at the Centre have been generous in their assistance towards Odisha in the wake of such disasters. Several times in the past the state has fought bitterly with central governments on this issue.

Compared to most of his predecessors Prime Minister Modi has been generous in assisting Odisha in the wake of cyclones such as Fani. But the state has suffered a lot in the past and but for the excellent management of its finances by the bureaucracy the economy would have collapsed. However, since even the most resilient of the economies cannot take sustained blows like Odisha has been taking for the last several decades there is no denying its special needs.  And hence the state, which is currently reeling under flood devastation, deserves special status.