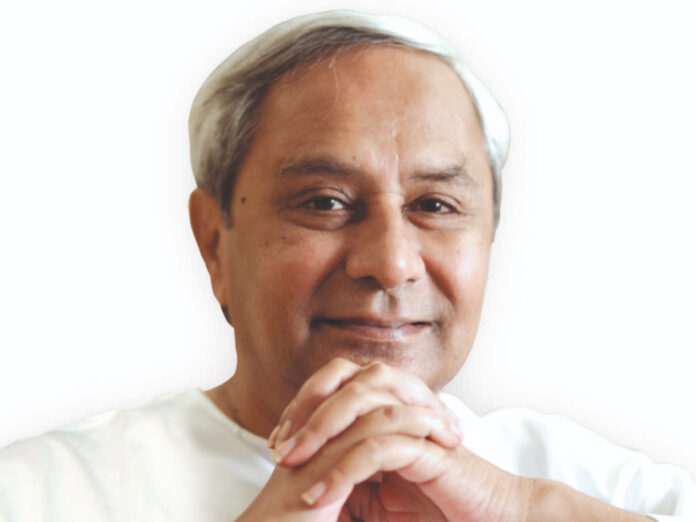 Chief minister Naveen Patnaik has transformed the image of Odisha during the last 21 years of his rule. This period has seen the state making big strides in the field of industrialization and emerging as one of the top investment destinations of the country. Odisha is also emerging as a major sports hub and a tourist honey-trap. The transformation of the state has been possible because of the chief minister’s vision and his choice of bureaucrats to translate this vision into reality.

As one of the most popular and successful chief ministers of the country Naveen Patnaik has been driving Odisha’s growth with amazing efficiency since he first assumed the high office in 2000. The transformation that he has brought about in the state has left experts awestruck.

Odisha, which was once synonymous with poverty and starvation deaths, is now one of the best investment destinations in the country. It has made remarkable progress in the field of industry, sports and tourism.

While top-notch industrialists have been making a beeline to the state, Odisha has also emerged as the sports capital of the country. The capital city of Bhubaneswar, which recently organized the junior hockey world cup and has hosted the senior men’s hockey world cup in 2018, is now considered as the best venue for organizing world class sporting events, especially hockey. As it is, the state is preparing to host the men’s world cup in 2023 again with matches to be played in both Bhubaneswar and the steel city of Rourkela where the biggest hockey stadium in the country is coming up.

On the tourism front the state is now a must “do” for the domestic travelers wanting to see the best of India. That the government has worked hard on showcasing Odisha’s tourism wonders is evident from the fact that the state shared with Rajsthan the honor of ‘Best State’ in the domestic destination category of 10th edition of India’s Best Awards 2021, a readership poll of Travel+Leisure India magazine.

The magazine paid glowing tributes to Odisha and its tourism wonders. “Touted as ‘India’s best kept secret’, Odisha is a treasure trove of surprises. Visitors can embark on the Nirvana Trail that journeys through the Buddhist monuments of Dhauligiri, Lalitgiri, and Udaygiri. Make sure you tuck into the state’s unique cuisine, which features dishes like pakhala and chhena poda. Wildlife lovers will be delighted by the mesmerizing Irrawaddy dolphins of Chilika Lake and the Olive Ridley turtles that nest at Gahirmatha Beach every year. Explore the state’s tribal arts and crafts like Pattachitra and appliqué work at Pipili village. The famed Jagannath and Lingaraj temples are unmissable, as are the serene beaches on Odisha’s 480-kilometer-long coastline.” That sums up almost everything good that Odisha has to offer to the visiting tourists.

What is more, Mayurbhanj was voted as the ‘Best Offbeat Destination’. “Mayurbhanj is one of the best surprises of Odisha. It has spirituality, wildlife, and natural marvels to offer visitors. The Maa Ambika Temple in Baripada, whose deity is believed to be ‘the living goddess’, lights up during Durga Puja celebrations. The Jagannath Temple here, also known as the Haribaldev Temple, was constructed by Shri Baidyanath Bhanj in 1575 CE. It hosts the annual Car Festival the day after the main one in Puri. Similipal Biosphere Reserve is sprawled across 2,750 square kilometers and is among the Tiger Projects and National Parks of India. Other points of interest include Devkund and Bhimkund,” wrote the magazine.

One of the most important reasons for Odisha making sustained progress on every front in the last two decades is the chief minister’s selection of a perfect team of bureaucrats for translating his vision into reality. Most of them including his secretary VK Pandian have been handpicked by him. He has the right men in place for the right kind of jobs. Key departments have been entrusted to senior officers with years of experience behind them. These are also officers with proven efficiency like the principal secretary of revenue and disaster management department Bishnupada Sethi.

Armed with years of experience Sethi has lent a special touch to the department where minor mineral management has rightly become one of the priority areas. Excellent management and good use of technology has led to an exponential increase in royalty from this source. The officer has also initiated important reforms in the revenue sector with focus on digitization and online services. The level of efficiency in the department has shown an exponential increase and services being offered by the department have not only become better but also less time consuming.

While the chief minister deserves kudos for his choice of officers he has also taken care to highlight the genuine demands and grievances of the state with the Centre and connected policy making bodies. For example in a recent interaction with NITI Aayog Vice Chairman Dr. Rajiv Kumar and his team, Patnaik urged them to recommend to the Centre Odisha’s case for special assistance so that it could catch up with frontline states of the country.

Justifying his state’s claim for special assistance Patnaik rightly pointed  out that Odisha has made substantial improvement in the last two decades in both macroeconomic socio-economic indicators and also invested heavily in infrastructure development, turning the state  into an attractive investment destination but it remains burdened with infrastructural gaps and continues to be vulnerable to recurring natural calamities. Hence, the chief minister argued, Odisha required a special assistance from the Centre to be able to catch up with the frontline states.

Patnaik took the opportunity to highlighting some of the achievements of his government stating that its developmental interventions have been successful in combating Left Wing Extremism and ensuring the economic empowerment of nearly 70 lakh women through Self Help Groups (SHGs). While he talked about Odisha’s own health assurance scheme for cashless treatment of beneficiaries in empaneled hospitals, he asserted that Odisha was the third-largest contributor to the PDS rice pool of the country.

But despite all this the state felt the urgent need for prioritized attention and assistance from the Centre to join the ranks of the frontline states who have managed to march ahead because of certain distinct advantages. Patnaik’s advocacy of special assistance from the Centre for Odisha has once again brought into focus the decades old demand for special category status to the state which has suffered immensely on account of natural calamities, in particular.

The strategy of Patnaik to ensure the growth of his state is, thus, quite clear—form a core team of efficient bureaucrats who can be entrusted them with important jobs, choose the priority areas for growth and keep raising the genuine demands of the state with the Centre. He has done all this successfully. No wonder Odisha is shining. 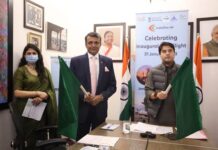