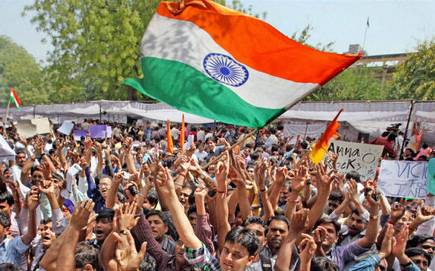 Newly appointed PCC president, Niranjan Patnaik began with a bang, making the right moves but things started going haywire once realisation dawned upon leaders that the PCC chief was unlikely to turn things around within a short time and the party was bound to face a debacle in the polls.

Congress in Odisha seems to have lost its bearings. The party, which ruled the state for the longest period, had to face the ignominy of losing its main opposition party tag to the BJP with its assembly tally getting reduced to nine from 16 in 2014.

More than 50 percent of its Lok Sabha and assembly candidates have lost their deposits. Pradesh Congress Committee (PCC) president, Niranjan Patnaik himself lost from both the assembly seats he contested while his son’s maiden electoral outing from Balasore Lok Sabha constituency ended in disappointment.

The mood in the Congress camp is expectedly gloomy with Patnaik already having owned moral responsibility for the defeat and offering to resign. Blame game within the party has begun with senior leaders like former union minister, Kanhu Charan Lenka finding fault with the leadership.

Signs were ominous for the party even before the campaign for the elections began. There was bitter recrimination between rival groups over distribution of tickets with some leaders even accusing Patnaik of promoting dynastic politics. The party suffered big jolts when MLAs like Naba Kishore Das, Jogesh Singh and Prakash Behera quit and joined rival parties.

Interestingly all these MLAs had lobbied vigorously for the appointment of Patnaik as the PCC president. Patnaik was anointed amidst much fanfare by dislodging young Prasad Harichandan whose tenure was marked by a bitter tug of war between the PCC and the Congress legislature party.

The MLAs, who waged a war against Harichandan, had rooted for Patnaik apparently because he was seen as a resourceful person who could revive the party at a time when elections were knocking on the door. Patnaik began with a bang, making the right moves but things started going haywire once realisation dawned upon leaders that the PCC chief was unlikely to turn things around within a short time and the party was bound to face a debacle in the polls.

While leaders like Naba Kishore Das and Jogesh Singh were quick to part ways things became more difficult for Patnaik with the ticket distribution exercise turning invidious. Disgruntled party leaders and workers demonstrated almost daily outside the Congress office in Bhubaneswar protesting against denial of tickets to the “right” candidates. Leaders like former MLA, Jacob Pradhan decided to contest as independents.

It was under these circumstances that the Congress launched its election campaign in the state with party president, Rahul Gandhi making a few visits. Though some of Gandhi’s public meetings were well attended his campaign failed to inject life into the listless party organisation which was becoming increasingly rudderless.

Voter enthusiasm for the Congress also ebbed with the party’s traditional support base in most of the areas shifting to its rivals, mainly the Bhartiya Janata Party (BJP) which, it is no surprise, has emerged as the main opposition party in the state. For the crisis-ridden Congress it is time to introspect and try and rebuild itself.