Union tribal affairs minister, Jual Oram, one of the tallest tribal leaders of BJP in the country and party’s only Lok Sabha member from Odisha, is a practical person who is keenly aware of his strengths and weaknesses. While the minister believes in setting realistic goals for himself he remains a disciplined party worker who would abide by the decisions of the leadership. Thus, while BJP president, Amit Shah’s target of winning 120 assembly seats in Odisha in the next election is being described as “fanciful” by some leaders Oram believes in working hard to achieve that target. “We are going to win this battle but there is no alternative to hard work,” averred the minister. 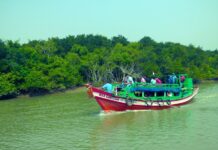