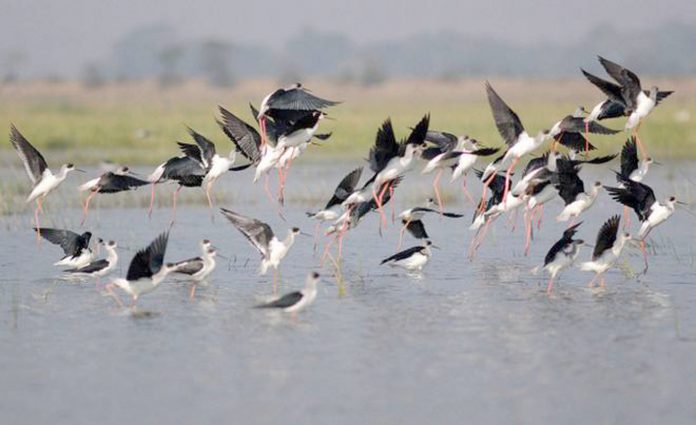 Tangi in Khurda district is considered to be one of the most vulnerable areas from the point of view of poaching. Sorana and Mangaljodi on the banks of the lake are also counted among sensitive areas.

Forest and wildlife officials have set up 19 anti-poaching camps along Chilika, Asia’s largest brackish water lake, to ensure safe and peaceful stay of migratory birds in the lagoon this winter.

“The highest numbers of 10 anti-poaching camps have been set up at Tangi. Mangaljodi and Bhushandpur are among the other places where wildlife officials would camp to keep a watch on poachers,” said a senior officer.

The officer, who expects migratory birds to fill the lake area soon informed that a water mobile unit would also be deployed this time to keep an eye on poachers who use guns as well as poison balls to kill birds. “We have also requested the police to set up an armed post either at Tangi or Sorana,” he added.

The arrival of birds in the lake, famous as the largest wintering ground of migratory avians in Asia, was delayed this year because of rains. The officer said with rains still continuing the arrival was delayed.  “We are ready to welcome them and to ensure a pleasant stay for them without the fear of being stalked by poachers,” he averred.

Last year the authorities had set up 18 anti-poaching camps in the lake area but cases of poaching were still reported. In November last year forest officials had caught four poachers from various parts Chilika which is spread over three districts of the state. While two poachers were nabbed from Balipatapur area of the lake with 10 dead birds and a motorcycle, an equal number were arrested by the anti-poaching squad with an unspecified number of birds and a net used for trapping the winged guests.

Tangi in Khurda district is considered to be one of the most vulnerable areas from the point of view of poaching. Sorana and Mangaljodi on the banks of the lake are also counted among sensitive areas.

In the past efforts have also been made to provide alternative livelihood opportunities to bird poachers to ensure that they give up the crime. NGOs, too, have tried to help the government in this regard. But the results have not always been encouraging. As a result poaching continues.

During the last census in January, more than nine lakh birds belonging to 176 species were counted in the lake. In 2016, as many as 8.58 lakh birds of 161 species had visited Chilika which continues to be plagued by problems such as rampant prawn culture and high silt load. Prawn enclosures, locally known as gherries, dot the lake despite periodical anti-encroachment drives undertaken by the administration.