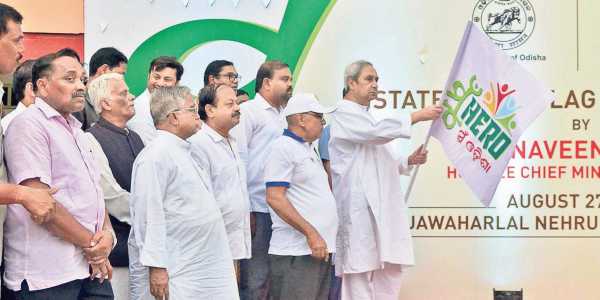 Odisha Government had launched the ‘Biju Yuva Vahini’ with the objective of nurturing leadership and volunteerism, promoting culture of sports and sportsmanship and healthy living among youth. Biju Yuva Vahinis have been formed in 6800 gram panchayats and 120 urban local bodies to channelize the youth energy of the state towards nation building activities.

Chief Minister Naveen Patnaik recently launched  ‘Mu Hero’ (I am hero) campaign, part of the state government efforts  to promote the spirit of volunteerism and leadership among the youth through its Biju Yuva Vahini (BJY) initiative, from the Jawaharlal Nehru Indoor Stadium here to hunt for unsung heroes in different fields across the state.

Launching the campaign Naveen said, “In every village, every town and every house there is a Gopabandhu. There is a Madhubabu. There is a Biju Babu. There is a Dharmapada. The main objective of the program is to spot the talent inside every person and to give it recognition.”

“Be it a doctor, or an engineer, or a teacher, or be it a farmer or for that matter an ordinary woman. Our aim is to give recognition to their contribution to the society”, Naveen said.

The chief minister tried to drive home this point to the gathering of Biju Yuva Vahni (BYV) members in the stadium. “They are the silent workers, the real heroes and the real change agents”, Naveen said, expressing hope that “their united efforts will carry forward Odisha’s chariot of progress”.

The Government had launched the Biju Yuva Vahini last March under Biju Shashaktikaran Yojana with the objective of nurturing leadership and volunteerism, promoting culture of sports and sportsmanship and healthy living among youth. The government had since formed Biju Yuva Vahinis in 6800 gram panchayats and 120 urban local bodies to channelize the youth energy of the state towards nation building activities.

“Mu Hero” is a specific initiative under the Biju Yuva Vahini (BYV) scheme “to identify and recognize” local heroes  and change agents in the age group of 15-35 years.

As part of the launch programme today, Naveen flagged off six Mu Hero canters (vehicles) that will tour every block and urban local body of the state over the next two months in search of those unsung heroes. He also inaugurated the website of Biju Yuva Vahini.

The campaign will focus on youths who have displayed leadership qualities, done exemplary work, influenced people by bringing social transformations in the fields of education, health and hygiene, sanitation, women empowerment, civic sense etc or who have taken initiative, leadership during natural calamities, have shown acts of bravery or who have excelled in sports, art and culture, literature, etc and earned laurels at the state level and beyond.

He expressed hope that the BYVs will steer the process by sensitizing the youth to participate in the campaign and file nominations, either offline or online at bijuyuvavahini.com.

The applications will be scrutinized by the District Level Committees constituted for this purpose, and Mu Heroes will be recognized and felicitated by the government during district/zonal/state level conclaves, Behera said.

However, the Opposition Congress and BJP smelt politics behind the move.   Pradesh Congress Committee (PCC) president Niranjan Patnaik said “ There are more than 1.31 lakh vacancies in the government. Unemployment has turned acute. Without jobs our youths have turned into zero. Let the government first make them hero  from zero.”

BJP state vice president Samir Mohanty described the  campaign as a publicity stunt. “The hunt for heroes will not satisfy the hopes and aspiration of the lakhs of youths in the state.”