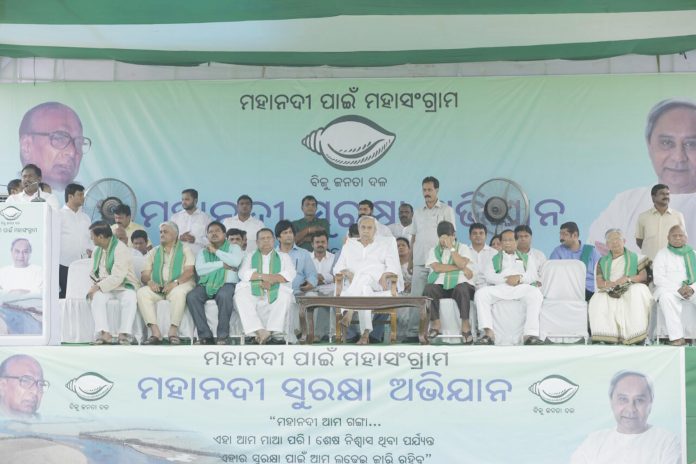 BJP feels that BJD has botched up the implementation of most of the schemes with their benefits not percolating to the grassroots level. Thus there has been no major change in the living standard of the poor. They would go to expose BJD.

Chief Minister, Naveen Patnaik is keen to keep BJP at bay. He has been devising strategies in this regard, his focus being on exploiting the weaknesses of his rival.

Sources said while Naveen has already finalized the blue-print for BJD’s Save Mahanadi campaign that takes off on May 16 seeking to highlight the BJP-ruled Centre and Chhatisgarh government’s allegedly prejudicial attitude towards Odisha he is also focusing on stepping up his pro-poor initiatives which give him a distinct advantage over the saffron party.“On Mahanadi our stand is clear. We are critical of the Centre because of its support for Chhatisgarh which has constructed barrages in the upstream of the river, thus reducing its flow downstream. Several Odisha areas are facing the threat of turning arid because of this,” said a senior BJD leader adding that the role of state BJP in the issue was suspect. “They appear to be putting the party above the state as they can neither afford to go against the Centre nor Chhattisgarh where elections are due this year. We will expose them completely on this,” he averred.

The leader felt that BJD will also gain from initiatives such as distribution of land “pattas” to slum dwellers by the chief minister at Chhtrapur recently. “The BJP can come nowhere near us as far as our effort to empower poorer sections is concerned. They have only been talking big about the development of the downtrodden,” said the leader.

The BJD has also stepped up the implementation of its rural outreach programme, Ama Gaon Ama Vikas (our village our development) which is widely perceived to be a counter to BJP’s Mo Booth Sabuthu Mazboot (my booth is the strongest) initiative to penetrate right up to the booth level.

While ruling party leaders feel that government’s welfare measures are likely to pay dividends in the next elections a senior BJP leader dismissed such a possibility. “The fact is that they have botched up the implementation of most of the schemes with their benefits not percolating to the grassroots level. Thus there has been no major change in the living standard of the poor. We are going to expose them on this,” he said.

Opposition leaders have also sought to highlight the internal differences within the ruling party on crucial issues like the Mahanadi water sharing dispute with Chhatisgarh. “Former Minister, Damodar Rout has openly expressed his dissatisfaction at not being consulted on the Mahanadi issue. This shows that BJD is not united,” said a Congress leader.