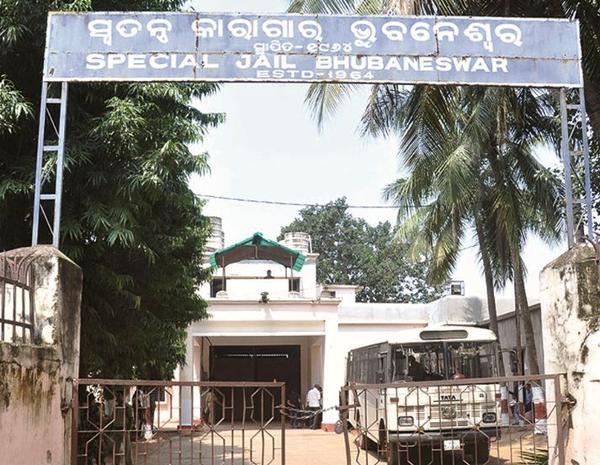 Jharpada jail in Bhubaneswar was earlier covered under CCTV surveillance in 2003. Most of the 56 cameras installed at that time have become defunct over the years. New CCTVs have been installed at the 32 general wards and 22 high security wards to monitor the activities of the under trial prisoners and convicted prisoners.

Meeting a long-standing demand Jharapada jail has been brought under CCTV surveillance with the installation of as many as 64 closed circuit cameras at wards and other areas in the jail premises. The cameras were installed following allegations of criminals inside the prison getting narcotic substances and also using mobile phones.

Though the jail was earlier covered under CCTV surveillance in 2003, most of the 56 cameras installed at that time have become defunct over the years. “CCTVs have been installed at the 32 general wards and 22 high security wards to monitor the activities of the under trial prisoners and convicted prisoners. A control room has also been set up at the jail office to keep a watch on the jail inmates,” said a senior jail official. Jail officials said that closed circuit cameras have also been installed at the kitchen, entrance point, meeting hall, free space and boundary wall of the jail.

Police have raided the jail several times in the past, the most recent being conducted on June 4. During the raid police had found Rs 2000 from the inmates apart from narcotic substances. An accused in the money laundering scam had earlier alleged that inmates in the the Jharapada jail were being provided with special privileges in lieu of money.

It is often alleged that criminals staying at Jharapada jail have been using cell phones from the jail premises to manage their crime network. In 2009 in the murder case of warder of Jharapadajail Manas Ranjan Naik, police had found Ganjam based gangster Bikram Mallick who was them serving a jail term at Jharapada as the mastermind of the crime. Police had also found one mobile phone, three SIM cards and a mobile charger from his cell.

The CCTVs at Jharpada could be a predecessor for similar moves in other jails of the state, especially jails where hardened criminals are lodged.[July 16-31,2017]