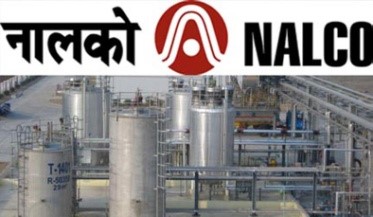 According to the reviewed financial results for the 3rdquarter of the financial year 2017-18 taken on record by the Board in the meeting held at Bhubaneswar today, NALCOhas achieved a record net profit of Rs.722 crore (growth of 207%),as against Rs.235crore in the preceding quarter and Rs. 144crore in the corresponding quarter of previous fiscal. The net sales in the 3rdQuarter was Rs.2360 crore. With this, the company has been able to break the highest-ever netprofit figures in a quarter during the last ten years. Similarly, the net profit for the 9 months ended December 2017 works out to Rs.1085 crore (growth of 171%), against the corresponding figure of Rs. 400 crore for the previous fiscal. The net sales for the 9 months of the fiscal are Rs.6538crore as compared to Rs. 5071 crore in the corresponding period of the last financial year.NALCO has also achieved record growth in production in all fronts. During the first nine months of the current fiscal, NALCO achieved production of 54.40 lakh tonnes of bauxite, as compared to 53.23 lakh tonnes achieved during the comparable period of the previous fiscal. The company produced 15.51 lakh tonnes of alumina hydrate, against 15.27lakh tonnes achieved in the corresponding period of the previous financial year.

Metal production was 3.17 lakh tonnes, against 2.86 lakh tonnes during the comparable nine months of the previous fiscal registering a growth of 11 %. The net power generated during the period was 4897million units up by 9%, compared to 4494 million units achieved in the corresponding period of the previous year.As a committed and responsible green power producer the company has generated 211 million units of wind power during the first 9 months of this fiscal. Operational efficiency, cost reduction, strategic management decisions and team work of NALCO played a key role in achieving the record profit. “With robust monetary policy of the Government and demand-supply dynamics brightening, aided by growth in the construction and power sectors, pick-up in the automobile segmentas well as firming up of aluminium prices globally, we hope to post similar results in the next mandate,” said Dr. Tapan Kumar Chand, CMD, NALCO.It may be noted that the company has recently released its ‘Corporate Plan – 2032’ wherein it envisages to reach a turnover of Rs. 18,171 crore by 2024 and Rs.31,248 crore by 2032. Worth mentioning that the company is vigorously pursuing  its plans for addition of 0.5 MTPA capacity to its existing Smelter, 1MTPA capacity in its Alumina Refinery, Development of Utkal D&E Coal Blocks, Development of Pottangi Bauxite Mines, Angul Aluminium Park, 2.7 Lakh TPA Caustic Soda Plant in JV with GACL, Coal Tar Distillation Plant in JV with NINL, 1320 MW Greenfield Thermal Power Plant in Odisha, Overseas acquisition, exploration & processing of strategic minerals through KhanijBidesh India Ltd. (KABIL), a Joint Venture Company of NALCO, HCL & MECL and High end Aluminium Alloy Plant in Joint Venture with MIDHANI.