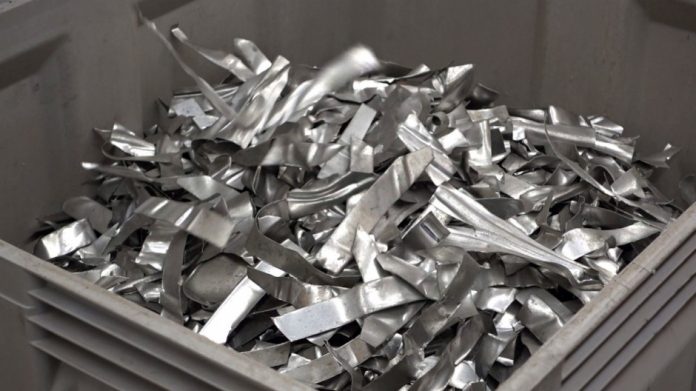 According to Central Pollution Control Board, in 2015, India generated 7.46 million tons of hazardous wastes from about 44,000 industries, which also include Alluminium refineries. Our growing aluminium production may further deteriorate the situation, if waste disposal will not form the cornerstone of all future projects.

Disposal of aluminum industry waste, chiefly the bauxite residue called red mud is a worldwide concern. The high alkalinity of red mud and the presence of toxic materials in it pose a serious ecological hazard. That is why the aluminum industry has been brainstorming to overcome the problem associated with red mud disposal.

The remedies have ranged from dumping the waste into open, artificial settling pools to treating them in red mud processing units. Some shore based alumina refineries have also opted for discarding the waste into the sea given the sea water’s ability to neutralize the high alkalinity in red mud. What’s more, the iron content in the waste residue when unleashed into the sea supports marine life.

The major solid wastes produced during the alumina-aluminum value chain include dross, red mud and spent pot lining (SPL). India produces some 0.12 million ton of dross, five million ton of red mud and 35,000 SPL each year. Though considerable R&D work has been done across many countries for effective utilization of such wastes, commercialization of these wastes has not gained a foothold in India. In order to meet environmental sustainability, it is imperative to convert these wastes into valuable products as such conversions will also ensure sustainability for aluminum industries.

The creation of dross in the casting process is a generic problem. Until India switches over to technology that eliminates dross entirely, dross treatment and management needs attention. In India, a few government organizations working together with aluminum industry players have taken up some R&D projects pertaining to red mud, SPL and dross to establish viable solutions to dispose of these waste materials. Examples range from creating ceramic glass tiles from red mud to the destruction of cyanide in SPL material or low ferric alum from dross.

The utilization of red mud, fly ash and SPL can conserve the quality of natural resources such as clay and sand required for making bricks, titles etc. Thereby, this process yields dual benefits: on one hand, it puts waste viz. red mud, fly ash, SPL and dross to good use, and on the other it enhances the sustainability of the aluminum industry. Not only are these solutions environmental friendly, some are also commercially viable if properly implemented.

India’s state-controlled National Aluminium Company Ltd (Nalco) has entered into an agreement with Chalieco (China Aluminum International Engineering Corporation Limited) of China, for R&D cooperation in the fields of mutual interest. Projects to be taken up by these two companies include the separation of iron concentrate from red mud and extraction of gallium from Bayer liquor. Nalco views this tie-up as a major step towards extracting value out of red mud, which was otherwise treated in India as an industrial waste.

Secondly, Nalco has inked an agreement with the Bhabha Atomic Research Centre in Mumbai to work on R&D projects for gallium recovery from Bayer’s liquor and extraction of rare earths from red mud. Nalco’s private sector rival Vedanta has commissioned a red mud powder processing unit adjacent to its Lanjigarh alumina refinery in the eastern state of Odisha. After years of research, Vedanta has developed in house a fully mechanized and automated plant that brings savings in caustic soda consumption by 10-15 kg per ton of alumina and curtails land requirement by 50 per cent. The red mud powder produced at the plant can find applications in cement and other industries.

Analyzing waste and regulation of its disposal

It is important to analyze the waste mud from alumina/aluminium industries for their elemental constitutions and determine the presence or absence of hazardous elements such as arsenic, cadmium, lead et al. Most of the muds can be used for land reclamation, for the construction of site dams or embankments or as a feed material for other extraction processes because of the high iron content. But, aluminium waste, particularly SPL can be hazardous if not managed properly.

India still lacks a specific regulation on SPL disposal though the pollution control authorities at the central and state levels are keeping tabs on solid waste disposal from the aluminium industries. With expanding production of both alumina and aluminium, the players can fall back on bioremediation technology to address the problem of red mud being dumped into ponds. Indian government has framed ‘The Hazardous & Other Wastes (Management & Trans- boundary Movement) Rules’, 2016. Under the Rules, all forms for permission, import/export, filing of annual returns, transportation, etc. have been revised significantly, indicating the stringent approach for management of such hazardous and other wastes with simultaneous simplification of procedure. By definition, hazardous waste comprises the waste generated during the manufacturing processes of the commercial products such as industries involved in petroleum refining, production of pharmaceuticals, petroleum, paint, aluminium, electronic products.

Indian aluminium industry players and other stakeholders should do well to look to China as an example of what can happen when red mud disposal is poorly managed. Every million ton of alumina produced from bauxite through the Bayer process churns out 2-2.5 million tons of red mud and in China, the bauxite residue generated exceeds 40 million tons each year. Much of this generated residue goes either to landfill or artificial ponds.

Panic over addressing the red mud disposal fiasco has gained ground, especially after a report said the country has piled up an inventory of 200 million tons of the residue. Several waste pond dams collapsed in recent years, covering villages in red mud. Chinese action has been slow, and the only measure taken so far has been a government law backing the reuse of red mud has sought to allay some concerns and has resulted in applications like the manufacture of bricks, tiles and other materials. Developing red mud applications for the future many projects on the use of red mud for several applications have been funded by the primary metal producers in India. This includes development processes for the manufacture of artificial ceramic stone chip, constructional bricks as building material and stabilized blocks for protection of land erosion by sea water and bench scale studies for development of glass ceramics and development of lightweight aggregate. A future application could be the recovery of valuable metals – a technically feasible but economically unsound process. A balanced collaboration between the aluminium industry, niche R&D institutes and entrepreneurs could however deliver results.

Looking ahead, the reuse of red mud and developing its prospective applications in the Indian context need to be guided by factors like volume, performance, cost and risk. The chosen application should have a high volume usage, be cost effective and bereft of any environmental risk. Also, the selected red mud application needs to be a low cost substitute for some other material in demand while promising either the same or a higher level of performance. Red mud applications currently seem challenging in the Indian scenario. Though tie-ups between the industry and academic institutions have come out with useful products, pilot studies on their applicability are yet to be carried out. So far, no marketing studies have been conducted to determine where such products could be absorbed. Lastly comes from absence of government subsidies to attract entrepreneurs for setting up units engaged in developing products out of red mud. 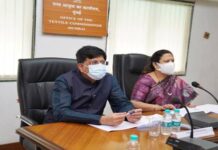 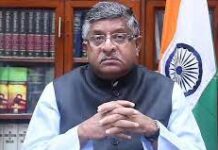