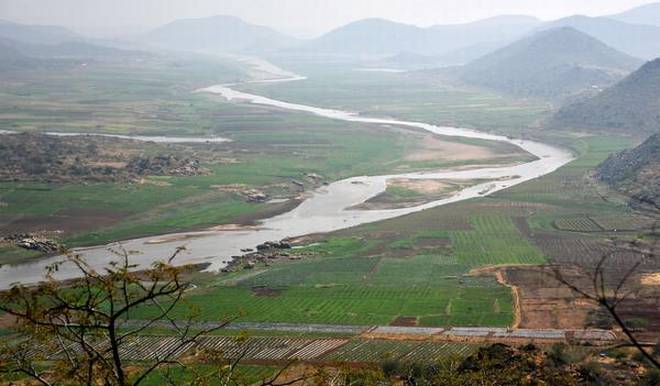 The DPRs of Kosi-Mechi and Burhi Gandak-Noon-Baya-Ganga intra-state links of Bihar have been completed and sent to Government of Bihar. The techno-economic clearance for Kosi-Mechi link project has been accorded by the Advisory Committee of Ministry of Water Resources, River Development and Ganga Rejuvenation. The DPR of Burhi Gandak-Noon-Baya-Ganga link project has been prepared by NWDA and submitted to Central Water Commission (CWC). CWC has suggested toconsider the project as a Flood Protection Scheme and the same has been communicated by NWDA to Government of Bihar. NWDA has recently completed DPR of Ponnaiyar (Nedungal) – Palar link of Tamil Nadu.

This information was given by Union Minister of State for Water Resources, River Development and Ganga Rejuvenation Shri Arjun Ram Mehgwal in a written reply in Rajya Sabha

The details of defence personnel killed in different operations / encounters during the last four calendar years are as under:-

The Government takes all necessary measures for the protection of the Forces and minimization of risk factors on a continuous basis. The broad measures taken include upgration of security infrastructure and intelligence capabilities, refinement of operational drill and response mechanism, equipping the forces with state-of-art weapon, equipment and surveillance devices, medical support and quick casualties evacuation mechanism. Measures also include provisioning of bullet proof jackets. The details of bullet proof jackets procured in last three calendar years are as under:-

The details of number of incidents of suicide in the defence forces during last four years, Force-wise & year-wise are as under:-

Various steps have been taken by the Armed Forces to create healthy / appropriate environment for their Officers and Other Ranks and to improve their morale. Some of these steps are as under:-

The details of strength of Officers in the three Armed Forces (excluding medical and dental), force-wise are as under:-

This information was given by Raksha Rajya Mantri Dr. Subhash Bhamre in a written reply to Shri P.L. Punia in Rajya Sabha