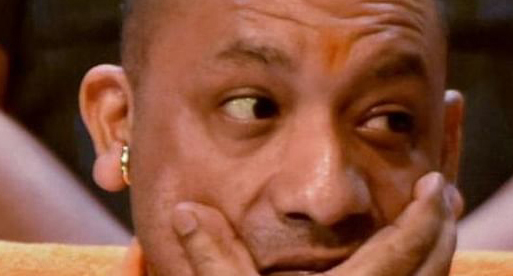 Yogi Adityanath government in Uttar Pradesh has launched a drive against gangsters and history-sheeters, which has often generated controversy. But no encounter killing of a gangster has ever generated as much controversy as the elimination of Kanpur don, Vikas Dubey which triggered a political storm that is still raging.

Prime Minister, Narendra Modi was re-elected from Varanasi in 2014. It was a predictable victory. A few years later BJP formed government in Uttar Pradesh, politically the most important state of the country with 80 Lok Sabha and 403 assembly seats. Yogi Adityanath was installed at the chief minister of the state, chiefly because he enjoyed the support of RSS. Modi, too, has given him his blessings as he happens to be the MP from the state.

As Modi watches with appreciation, Yogi Adityanath government has launched a drive against gangsters and history-sheeters which has often generated controversy. But no encounter killing of a gangster in UP has ever generated as much controversy as the elimination of Kanpur don, Vikas Dubey which triggered a political storm that is still raging.

The don, whose name became synonymous with terror in Kanpur Dehat, was on the top of UP police’s wanted list after he ambushed and killed eight policemen at his native village, Bikru, on July 3. The dead included a DSP. They were all mowed down by Dubey and his men who had prior information about police raid on his house and were well prepared to attack the police party.

Eversince Dubey’s death the focus is on the nature of the encounter that took place on the outskirts of Kanpur while he was being brought back by UP police from Ujjain, where he was arrested after being on the run for about a week. At the same time there is talk about the political patronage that he enjoyed. Major political parties in UP are engaged in a blame game over Dubey.

What is clear is that none of the parties can claim to be innocent. They have all patronised criminals in UP at some point or the other. The crime-politics nexus in the heartland state, especially in eastern Uttar Pradesh  comprising as many as 15 districts, has been strong. The notorious eastern UP don, Brajesh Singh was arrested by the special task force (STF) of Delhi police from Bhubaneswar in 2008. He had been living in the city under an assumed name. In 2016 he was elected to the UP legislative council. His rival, Mukhtar Ansari, who is also in jail, happens to be a member of  UP legislative assembly.

Both Brajesh and Ansari enjoy considerable political clout. They are only carrying forward the legacy of past “bahubalis” like  Hari Shankar Tiwari and Virendra Pratap Shahi whose rivalry often took caste colours. Both hailed from Gorakhpur and were elected to the state assembly, Tiwari went on to become a minister. Such examples also exist in other parts of UP, especially in western UP where criminals have dominated politics for a long time. The pity is that such elements almost invariably flourish because of their close nexus with politicians. There have also been cases where criminals after serving politicians for sometime themselves step into the political arena seeking legitimacy. It is good that Yogi Adityanath government has launched a drive against criminals but it would be truly effective only when parties stop patronizing such elements.