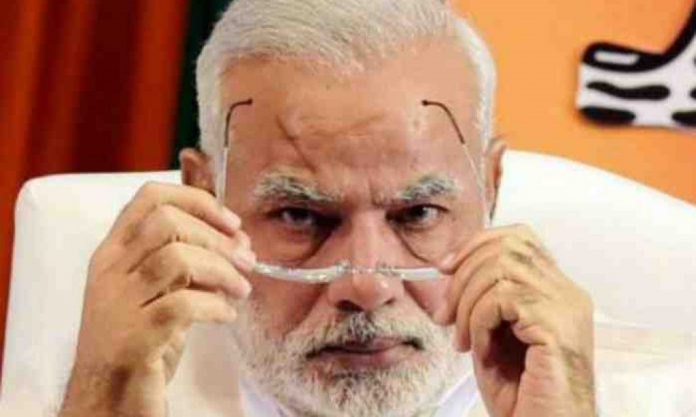 BJP is quite vulnerable at the moment. Apart from retaining old coalition partners, recruiting new ones and withstanding fluctuations in voter mobilisation, another challenge for the Saffron Party would be to address its potential vulnerabilities which the Opposition is out to exploit.

The 2019 elections are not going to be easy for Prime Minister, Narendra Modi and his party despite the fact that he still remains the most popular leader in the country and BJP far ahead of its rivals. The results of the recent by-elections, especially in UP, showed that rivals such as Congress, SP and BSP are trying to join hands. The impact of rivals coming together was also seen in Karnataka.

The BJP and its allies now run 21 states in the country, a big advantage but as far as states are concerned the big test will be assembly polls in Chhatisgarh, Rajasthan and Madhya Pradesh where the party runs governments. The situation in Rajasthan is pretty bad for the party with its popularity dipping and incumbent chief minister, Vasundhara Raje being at loggerheads with national leaders like Amit Shah.

Hence it would be wrong to say that BJP is not vulnerable. In fact, it is quite vulnerable at the moment. Apart from retaining old coalition partners, recruiting new ones and withstanding fluctuations in voter mobilisation, another challenge for the party would be to address its potential vulnerabilities which the Opposition is out to exploit.

As it is in 2014, the BJP had swept areas where it traditionally enjoys strong support in northern and western India. Just eight states — Bihar, Chhattisgarh, Gujarat, Jharkhand, Madhya Pradesh, Maharashtra, Rajasthan, and Uttar Pradesh — accounted for its major support base. Now here, too, UP is becoming increasingly problematic.

Hence, replicating the performance of 2014 could be difficult for BJP. The campaign blitz launched by Prime Minister, Narendra Modi and his team notwithstanding anti-incumbency will be a major factor in the next elections. There are also state-level anti-incumbency effects that could impact national politics.

Political pundits believe that it is because of realization by top leaders of BJP that engineering another sweep of the core states would be difficult that they are trying hard to expand party’s footprint in parts of the country where the party has traditionally been weak. Hence, the focus on Northeast, East and even south.

Thanks to a series of victories the BJP has a major presence in the northeastern states and is building up organisational and alliance networks across the region. The Congress influence in the region has diminished significantly. Now the BJP aims to increase its strength in states such as Andhra Pradesh, Odisha, Tamil Nadu, Telangana, and West Bengal. But this is not going to be easy as these states have one or more powerful party with strong linguistic, regional, and cultural identities.

The BJP, though, hopes to make a dent into the popularity of these parties. In West Bengal, it sees an opportunity in the decline of the Congress and the Left which could provide it with a crucial opening. In Odisha, too, it has been successful in replacing Congress as the main opposition party for all practical purposes. Thus hope for the BJP floats in the eastern belt. But much would depend on the charisma of Modi and the hard work of Amit Shah, the tactician.