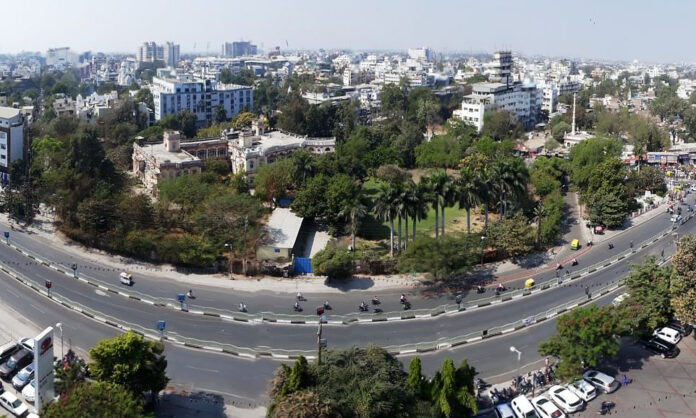 Shri Hardeep S Puri, MoS(I/C), Ministry of Housing and Urban Affairs has stated that “Swachh Survekshan will continue to help us in sustaining the gains made under Swachh Bharat Mission-Urban(SBM-U), while providing a comprehensive roadmap to institutionalize the concept of total Swachhata among all our cities.  As the performance of cities rightly show, we are well on our way to creating not just a ‘Swachh’ (clean) but a ‘Swasth’ (healthy), ‘Sashakt’ (empowered),‘Sampann’ (prosperous) and Atmanirbhar (self-reliant) New India!”. He gave away theawards for Swachh Survekshan 2020, the fifth edition of the annual cleanliness urban survey conducted by the Ministry of Housing and Urban Affairs (MoHUA), Government of India at a virtual event titled Swachh Mahotsav organized by MoHUA. While Indore won the coveted title of the Cleanest City of India, Surat and Navi Mumbai won the second and third position respectively (in the > 1 lakh population category). Chhattisgarh won the prestigious title of the Cleanest State of India in the > 100 ULB category while Jharkhand was adjudged the Cleanest State of India in the <100 ULB category. . Dignitaries from all over the country, Sh Durga Shanker Mishra, Secretary, MOHUA, Chief Secretaries, Principal Secretaries, Municipal Commissioners and swachhta warriors attended the online event.

The Minister interacted with select beneficiaries of household toilets, SafaiKarmis or sanitation workers, informal waste pickers and members of self-help groups associated with the Swachh Bharat Mission-Urban (SBM-U) from across the country.

Addressing the winners and citizens at large, the Minister said “More than five years ago, the Hon’ble Prime Minister had seen a dream – the dream of a Swachh Bharat. Today, we feel immensely proud, as well as humbled, to see how every citizen of urban India have come together to make that dream a tangible reality. In the last five years, we have seen how this Mission has created a deep impact on people’s health, livelihoods, quality of life and most importantly, in their thoughts and their behaviour”. The Minister further exhorted everyone to play their part and be a true Swachhata Warrior by inculcating habits of Swachhata such as practising proper segregation of waste at source, saying no to single use plastic and treating sanitation workers with respect and dignity, amongst others.

Speaking about the genesis of what has become the world’s largest urban sanitation survey, Shri Puri explained, “When the Swachh Bharat Mission- Urban (SBM-U) was launched in 2014, it was with the objective of making urban India 100% open defecation free (ODF) along with 100% scientific solid waste management. With no concept of ODF in urban areas and solid waste processing standing at a mere 18%, it was clear that an accelerated approach was necessary if the Hon’ble Prime Minister’s dream of a Swachh India was to be achieved within the timeframe of five years. A framework was therefore needed to bring about rigour in the progress in monitoring and a spirit of healthy competition amongst states and cities to improve their performance in key cleanliness parameters. It was this underlying thought that led to the conceptualization and subsequent implementation of Swachh Survekshan (SS), a competitive framework to encourage cities to improve the status of urban sanitation while encouraging large scale citizen participation.”

With noteworthy progress being made in the past six years under SBM-U, the Minister outlined the vision for the next phase of the Mission, “ Our efforts going forward will be on safe containment, transportation and disposal of faecal sludge and septage from toilets, and also the grey and black water from households and establishments.  Along with this, the treatment of all wastewater before discharging into water bodies, and their maximum possible re-use will also be our priority. Alongside, I am also concerned about the safety of our sanitation workers, our frontline warriors in this ‘Kranti’. Therefore, provision of adequate safety gear and mechanized equipment to all sanitation workers will be paid maximum attention in the next phase of the Mission.”

Speaking at the occasion, Shri Durga Shanker Mishra, Secretary, MoHUA said, “MoHUA had conducted Swachh Survekshan 2016 survey for the rating of 73 cities in January 2016, followed by Swachh Survekshan 2017 conducted in January-February 2017 ranking 434 cities. Swachh Survekshan 2018, which became the world’s largest cleanliness survey, ranked 4203 cities followed by SS 2019 which not only covered 4237 cities but was also the first of its kind completely digital survey completed in a record time of 28 days. Swachh Survekshan 2020 continued the momentum and surveyed a total of 4242 cities, 62 Cantonment Boards and 97 Ganga Towns and saw an unprecedented participation of 1.87 crore citizens.   Going a step forward, to ensure sustainability of on-ground performance of cities, the Ministry had also introduced Swachh Survekshan League last year, a quarterly cleanliness assessment of cities and towns done in three quarters with 25% weightage integrated into the final Swachh Survekshan results for this year. Moreover, the dynamic nature of the Swachh Survekshan framework has also evolved continuously. From being just a monitoring framework for measuring outcomes, Swachh Survekshan has become an implementation accelerator for SBM-Urban, enabling sustainability of outcomes by institutionalizing ‘Swachhata”.Durga Shanker Mishra further added, “Swachh Survekshan 2020 had an overwhelming scale with the survey team visiting over 58,000 residential and over 20,000 commercial areas covering over 64,000 wards in a mere 28 days”.

Some of the key highlights of Swachh Survekshan 2020 are as follows:

Since its launch in 2014, Swachh Bharat Mission-Urban (SBM-U) has made significant progress in the area of both sanitation and solid waste management. 4,324 Urban ULBs have been declared ODF, 1,319 cities certified ODF+ and 489 cities certified ODF++ as per MoHUA’s sanitation protocols. This has been made possible through construction of more than 66 lakhs individual household toilets and over 6 lakhs community/ public toilets, far exceeding the Mission’s targets. Additionally, over 59,900 toilets across 2900+ cities have been made live on Google Maps. In the area of solid waste management, 96% of wards have complete door-to door collection while 66% of the total waste generated is being processed – a jump of nearly 4 times over 2014 levels of 18% processing. A total of 6 cities (Indore, Ambikapur, Navi Mumbai, Surat, Rajkot and Mysuru) have been rated as 5-star cities, 86 cities as 3-Star and 64 cities as 1-Star, as per MoHUA’s Star Rating Protocol for Garbage Free Cities.    Other key highlights of the event included the release of the Swachh Survekshan 2020 Survey Report along with reports on Swachh Survekshan Innovations and Best Practices, Swachh Survekshan Social Media Report and Report on Assessment of Ganga Towns. Swachh Survekshan also saw the Minister felicitating partner organizations such as the United Nations Agency for International Development (USAID/ India), Bill and Melinda Gates Foundation, Microsoft India, Google, Janaagraha amongst others, who have played a significant role in the success of the Mission.

Last month, MoHUA launched the sixth edition of the survey, Swachh Survekshan 2021. Keeping in mind the Ministry’s efforts towards ensuring sustainability of the sanitation value chain, the Swachh Survekshan 2021 indicators focus on parameters pertaining to wastewater treatment and reuse along with faecal sludge. Similarly, the crucial issues of legacy of waste management and remediation of landfills have been brought to the fore in the sixth edition of the Survekshan. Alongside, Swachh Survekshan 2021 saw the introduction of a new performance category, the Prerak DAUUR Samman which has a total of five additional sub- categories –Divya (Platinum), Anupam (Gold), Ujjwal (Silver), Udit (Bronze), Aarohi (Aspiring). In addition to the present criteria of evaluating cities on ‘population category’, this new category will categorize cities on the basis of six select indicator wise performance criteria.     Over the years, digital innovations have always been at the forefront of the Mission enabling scaling up and better monitoring of outcomes along with increased citizen engagement. This has been reinforced with the launch of the integrated MIS portal by the Ministry recently which brings the numerous digital initiatives on a single platform thus ensuring a unified and hassle-free experience for States and cities and leading the way towards the creation of not just a Swachh but a truly digital India.

The link to view the entire list of rankings is https://swachhsurvekshan2020.org/Rankings