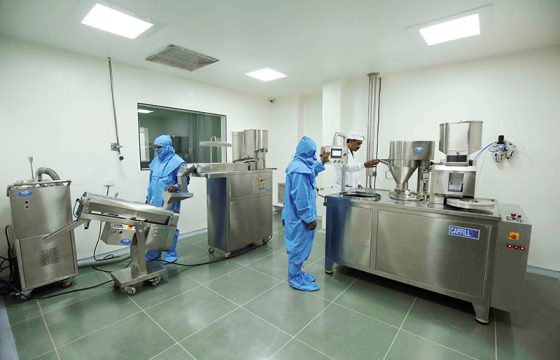 India and Morocco signed an MoU for deepening cooperation between MSME sectors of the two countries in Rabat, Morocco yesterday.  The MoU was signed by CMD, National Small Industries Corporation (NSIC), Ravindra Nath and Director General, Maroc PME, Mr. Rabri Barrazouka. Through this MOU, the NSIC and Maroc PME will work together to enhance cooperation opportunities for MSMEs of both countries. It will facilitate transfer of Indian technologies and products to Morocco.

Ms. Alka Arora, Joint Secretary in the Ministry of MSME, who is leading the official delegation along with CMD NSIC to Morocco held bilateral meetings with Mr. Othman El Ferdaous, Secretary of State in the Ministry of Industry, Investment and Trade and Digital Economy and with other related Departments for enhancing cooperation in MSME Sector. Both sides discussed the ways and means to synergize the strengths of both countries in MSME Sector in terms of capacity building, sharing of experiences, exchange of business delegations for creating linkages, JVs and technology transfers. Morocco mainly relies on its exports of minerals and ores and SERVICE sector. It has very small MSME sector in manufacturing, whereas India has strong MSMeE sector especially in manufacturing.

Over the years, India and Morocco have enjoyed cordial and friendly relations and bilateral relations have witnessed significant growth. India is one of the major markets for Moroccan phosphate and its derivatives. An India-Morocco joint venture in fertilizer sector in Morocco, called IMACID, was set up in November 1999. At present, the JV is producing around 430,000 MT per annum of phosphoric acid, nearly all of which is imported by India. The Moroccan phosphate company, OCP, has invested in Paradip Phosphates Ltd. in India. Other main items of export to India are metallic ores and metal scrap, semi-finished products and inorganic chemicals.

The main items of India’s exports to Morocco are cotton yarn, synthetic fiber, transport equipment, pharmaceuticals, agricultural implements, chemicals, spices and manufactured metals. The balance of trade has been in favour of Morocco because of imports of phosphoric acid and rock phosphate by India.