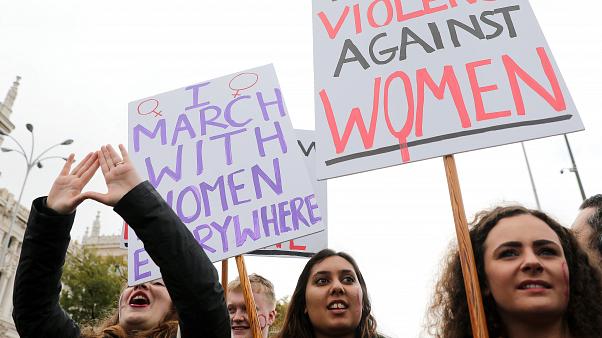 From the beginning of lockdown due to Covid 19 pandemic, the National Commission for Women (NCW) launched an Ad campaign through electronic media and social media inviting women who have suffered any kind of violence to come forward and report it. Further, in addition to handling complaints received through regular modes, NCW has also launched a WhatsApp number 7217735372 on 10.04.2020 for reporting domestic violence cases. The additional modes provided by NCW facilitated reporting of cases, including from women who had been experiencing violence at home for past several years. The complaints received by NCW are acted upon by coordinating with victims, police and other authorities to provide necessary assistance.

The month-wise and State-wise data indicating number of complaints registered with NCW under the category “Protection of women against domestic violence”, received from March 2020 till 20th September, 2020 is given at Annexure “I”. Month-wise and State-wise data of total complaints registered/ received by NCW relating to crime against women and deprivation of their rights, since March, 2020 is given at Annexure-II.

‘Police’ and ‘Public Order’ are State subjects under the Seventh Schedule to the Constitution of India. Maintenance of law and order, protection of life and property of citizens including prevention of domestic violence against women is primarily the responsibility of the State Governments and Union Territory Administrations. Nevertheless, giving high priority to safety of women, the Central Government has also taken a number of initiatives in this regard during the last six months. The Government has ensured that their schemes of One Stop Centres (OSCs), Universalisation of Women Help Line (WHL), Ujjawala Homes, SwadharGreh, Emergency Response Support System (112) and various authorities under women centric laws such as ‘The Protection of Women from Domestic Violence Act, 2005’, ‘The Dowry Prohibition Act, 1961’, ‘The Prohibition of Child Marriage Act, 2006’ etc. remain operational and available for providing assistance to women during the aforesaid period. The Government has also undertaken sensitisation programs for the concerned officials of States and UTs for this purpose.

This information was given in a written reply by the Union Minister of Women and Child Development, Smt. Smriti Zubin Irani in Rajya Sabha today.

The State-wise and month-wise data indicating number of complaints registered with NCW under the category “Protection of Women against domestic violence”, received during the last six months, i.e. from March 2020 till 18th September, 2020