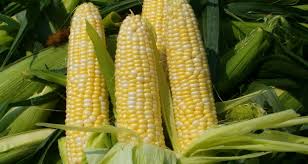 It was observed that there is potential of augmenting procurement of wheat and paddy under PSS as currently percentage of procurement vis a vis production is less. Production of both wheat and paddy is higher than annual requirement of foodgrains of Gujarat State under NFSA.  It was emphasized that State Government should target procuring to the extent of annual requirement which would not only benefit local farmers but also save the transportation cost which is incurred in bringing food grains from other States. Acceptance of locally cultivated food grains would also be higher among local population.

Secretary (Food) informed that Automatic Grain dispensing machines being tested in 5 cities on pilot basis that enable beneficiaries to obtain subsidized food grains without having to visit FPS to provide freedom to the beneficiaries. State Govt of Gujarat also expressed its willingness to install such machine in Ahmedabad city on trial basis.

There also seems to be potential of procuring maize considering that its production in Gujarat is in excess of 3 LMT.  Keeping in view that the consumption of petro products in Gujarat is high, he advised that maize can be used as raw material in production of ethanol. Considering less availability of molasses, there is need to substitute it with maize. Further, by product obtained in the process of manufacturing ethanol from maize is rich in protein and can be used as poultry feed.

Plan of Government of India to modernize storage capacity was also discussed. It was informed that Steel Silos of 100 LMT would be created for storage of wheat. As availability of land for creation of silo is major challenge, it was stressed that State Governments should explore the possibility of providing spare land for creation of storage infrastructure. It is also planned to phase out end of life Godowns of FCI, CWC, State Warehousing Corporations and built silos by dismantling such Godowns. Simultaneously, Rice Silos shall also be promoted.

Secretary (Food), visited Food Research Laboratory situated at Gandhinagar. Laboratory has state of art testing equipment and facilities which can be utilized for carrying out studies in the field of processing, storage and preservation of foodgrains. He observed that research on determining optimal level of polishing of paddy so as to retain its nutritional values with enhanced shelf life can be undertaken.

Secretary (Food) also visited newly constructed Silo complex at Bankhoda village in Ahmedabad district.  Silo of 50,000 MT storage capacity with railway siding facility has been built by M/s Total Agri Services Pvt. Ltd. under 30 years guarantee by FCI.  It is planned to transport wheat from Silos in Punjab in bulk by utilizing containers for which arrangement is being done by CONCOR. Once system of transporting wheat in bulk in containers is tested, it will be used for more silos that would come up in future.