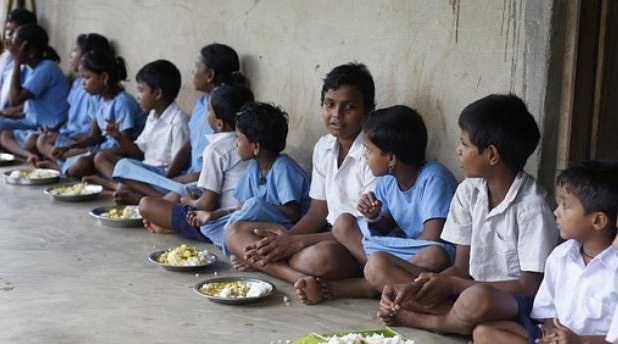 Also, nutrition education to promote the use of healthy balanced diets through dietary diversification is an important component of different Government programmes such as POSHAN Abhiyaan and Anganwadi Services. Ministry has advised all the States/UTs to ensure use of relevant fortified food articles (wherever supplied) in the administration of the Supplementary Nutrition Programme.

The Integrated Child Development Services (ICDS) Scheme is a Centrally sponsored Scheme implemented by States/UTs. The Scheme provides for a package of six services including Supplementary Nutrition (SNP) for children in the age group of 0-6 years and pregnant and lactating mothers.

The Supreme Court vide their order dated 07.10.2004, in a Public Interest Litigation – W.P. No.196 of 2001, had directed that the contractors shall not be used for supply of nutrition in Anganwadis and preferably ICDS funds shall be spent by making use of village communities, self-help groups and Mahila Mandals for buying of grains and preparation of meals. These directions were reiterated by the Supreme Court on 13.12.2006 and 22.04.2009. Accordingly, all the States/UTs were addressed on 17.12.2004 for compliance of Supreme Court order dated 07.10.2004. Later on, in Civil Appeal No.7104 of 2011 –Shagun Mahila Udyogik Sahakari Sanstha Maradit versus State of Maharashtra & others the Supreme Court gave judgment dated 19th August, 2011. All the States/UTs were requested on 9thMay, 2012 to comply with the directions of the Supreme Court in the aforesaid judgment.In order to eradicate the corruption and strengthen the performance of Anganwadi Services Scheme, Government has introduced 5-tier monitoring and review mechanism at different levels (National, State, District, Block and Anganwadi level) for monitoring the status of implementation of the scheme. Government has issued guidelines on 31.03.2011 for constitution of Monitoring and Review Committees at different levels to review progress in implementation of the Scheme.

The complaints received in respect of irregularities/corruption in implementation of ICDS Scheme (now renamed as Anganwadi Services) are forwarded to concerned States/UTs for taking appropriate action. Reports on complaints which are serious in nature are sought from State Governments/UT Administrations. The States/UTs are responsible for their administrative control. Action for any misconduct or for involvement of any employee in any corrupt practices is taken by the respective State Governments/UT Administrations as per their service rules.

During the last 5 years, 39 complaints have been received regarding improper implementation of the Scheme.  The complaints received pertain to State Governments/UT Administrations are as under:

This information was given by the Minister of Women and Child Development, Smriti Zubin Irani, in a written reply in the Rajya Sabha