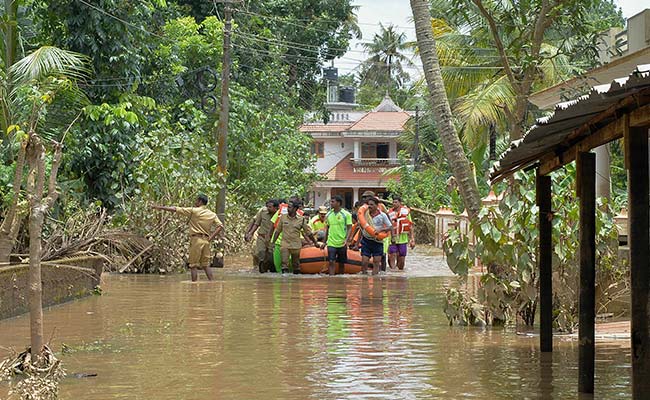 Everybody in Kerala was out to help everybody caring a damn for caste, religion and status. Hindus allowed Muslims to offer Namaz in temple spaces. A network of online warriors kept updating the requirements at the camps and conveyed calls for rescue to volunteers. The people of Kerala amply exhibited what the idea of India is all about.

Kerala has been going through its worst crisis in decades. Floods have left over 300 people dead, lakhs homeless and properties of thousands of crores of rupees destroyed in the state that had not seen such devastation since 1924.

Help has poured in from all around. Most of the states in the country have rushed in funds and relief materials to the flood victims in Kerala. The Kerala government, opposition parties and common people are sincerely working round the clock to provide relief to the affected people. But amidst all these, an unnecessary and unwarranted controversy has aggravated the sufferings of the flood ravaged state.

It started after the office of Kerala chief minister Pinarayi Vijayan announced that the United Arab Emirates would provide an assistance of Rs.700 crore as flood relief to the state. The chief minister also tweeted on his official Twitter handle about the development. “The assistance of UAE was first informed to Malayali businessman and philanthropist Yusuff Ali M.A….On this occasion we also express the gratitude of Kerala to HH Sheikh Khalifa bin Zayed al Nahyan, President of the UAE and Emir of Abu Dhabi, and HH Sheikh Mohammed bin Rashid Al Maktoum (@HHShkMohd), Prime Minister of UAE and Emir of Dubai,” the tweet said.

As, by that time, the central government had provided Rs.600 crore to Kerala, the story of UAE’s supposed bigger financial assistance went viral in social media. It seemingly embarrassed the NDA government headed by Prime Minister Narendra Modi as people started comparing the central government’s assistance with that of the UAE. As the Centre came under attack for being “callous” towards the plight of the people of Kerala, right wing supporters started spreading canards about Kerala and Malayalis. Many were insensitive enough to raise the bogey of religion. They commented that the floods would wipe out a large number of Muslims and Christians. They urged people not to give donations to the flood ravaged state because almost a half of people are Muslims and Christians! Some commented that Kerala drew God’s wrath because most of the people in the state ate beef and women were allowed into some temple!

UAE’s generosity also came under scanner. Some observed that it offered assistance not out of “humanity” but because of “business” concerns. “Why Kerala? Why not Odisha during cyclone or Bihar during flood?” one asked in Facebook.

It is quite well known that a major chunk of population of Kerala is employed in UAE. Naturally there is a special bonding between the state and the Arabian country. But to say that the UAE’s generosity is due to business interests is nothing but scandalous.

The controversy did not die down even after the ambassador of UAE came with a clarification that his country had not made any official announcement on specific amount of assistance. “The assessment of relief needed for the flood and aftermath is ongoing. Announcing any specific amount as financial aid, I don’t think is final, since it is still ongoing,” UAE ambassador Ahmed Albanna told The Indian Express.

Again, a slander campaign began against the Kerala chief minister for telling a “lie” and spreading “rumour” about Rs.700 crore help for political oneupmanship. Admittedly, the UAE had not officially fixed a quantum of relief assistance. But during such crises, the talks begin informally. Ali, the owner of Lulu International, Middle-East’s biggest hypermarket chain, hails from Kerala but has a lot of clout in UAE. It is quite possible that the figure of Rs.700 crore may have been unofficially conveyed to the Kerala government through Ali. But the relief funds have to be channelled through the central government. Even Prime Minister Modi thanked the UAE for its assistance on August 18 after talking to the ruler of the country, though those hell-bent on tarnishing Vijayan’s image said Modi tweeted after “believing in Vijayan’s rumour”.

But as the controversy got out of hand, UAE, which obviously did not want to a party to India’s internal matter, had to issue a clarification about not yet deciding the quantum of relief fund. Lulu International too in a communication said its owner never said anything about the amount of relief.  Besides, the Indian government too had said that the country did not accept foreign funds during disasters as a matter of policy.

All these have left a bad taste in the mouth during the time of untold misery of the people of Kerala. But there is a silver lining: Everybody was out to help everybody caring a damn for caste, religion and status. Fishermen rushed with their boats to rescue people marooned in flood water. Truck drivers rushed relief materials through flooded roads and incessant rain. Temples, Masjids and Churches were converted into relief camps. Ministers and MLAs were seen serving victims in relief camps. Hindus allowed Muslims to offer Namaz in temple spaces. A network of online warriors kept updating the requirements at the camps and conveyed calls for rescue to volunteers.

During such a big crisis, the people of Kerala amply exhibited what the idea of India is all about. 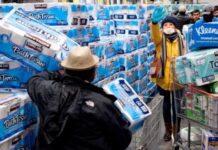 Columns Priya Ranjan Sahu - August 21, 2021
0
One may find a request at the bottom of the social media message - ‘Pl circulate to as many contacts as possible’! And within...