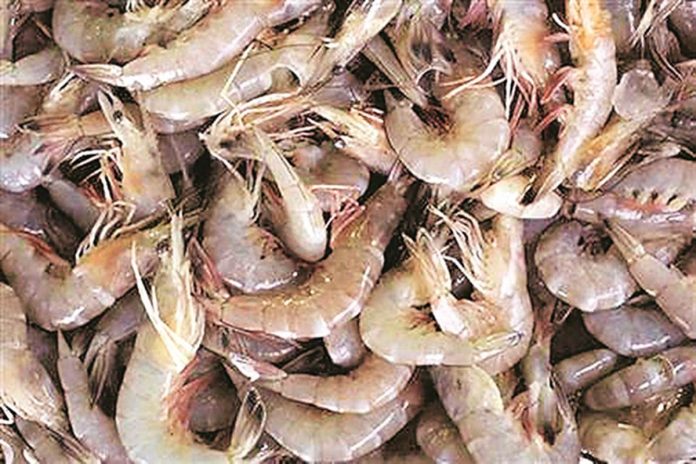 India is now the 2nd largest aquaculture producer in the world and 4th largest sea food exporter; About 57 crore animals to have unique ID over next 1.5 years on digital platform for mapping their parentage, breed and productivity

While addressing the webinars, Shri Sanjay Agarwal, Secretary, Agriculture & Farmers’ Welfare, appreciated the path-breaking futuristic steps taken by the Government of India under the leadership of Prime Minister Shri Narendra Modi for the agriculture sector and welfare of farmers, during the crisis created by the Covid-19 pandemic. The competence of Indian farmers and efforts of the industry in this crisis situation is evident by the fact that the area covered by kharif sowing this year is 316 lakh ha as compared to 154 lakh ha last year and an average of 187 lakh ha during the last five years.

Shri Sanjay Agarwal emphasized that India has a strong advantage in the Agriculture sector which contributes to about 15% of the GDP and livelihood for more than 50% of the population. The country is the fourth largest producer of agrochemicals, has the largest livestock population of around 31% of world’s livestock and largest land area under irrigation. However food processing in India is less than 10% and the target is to increase it to 25%. There is increasing demand for value-added health-fortified and processed food. The global organic market is growing at 12% per annum. He reiterated that developing a strong Agri ecosystem by providing access to better marketing avenues for farmers’ produce and freeing up the sector from restrictive laws is a key focus area for the government, for which three new ordinances have been announced recently. The agri ecosystem is also being strengthened by several enabling schemes like the Agri Infra Fund of Rs. 1 lakh crore for post harvest infrastructure, scheme for 10000 FPOs, special drive to include 25 million farmers who still do not have the KCC, and developing a digital agri-stack which will be a key enabler for online market places and smart agriculture. The Secretary, Agriculture & Farmers’ Welfare, projected an aspirational vision for ‘Atmanirbhar Agriculture’ by transforming farmers into entrepreneurs with higher incomes and better quality of life, making agriculture the “go to” investment opportunity, and making India the “Food Basket” for the world.

Comparing livestock rearing to an ATM machine for farmers, Shri Atul Chaturvedi, Secretary, Animal Husbandry & Dairying, said that no product is as fast moving as milk for a retailer. However, the per capita consumption of milk in India is still only 394 gms per day as compared to 500-700 gms per day in US & Europe. The aim is to raise market demand in dairy sector from 158 million mt tonne presently to 290 million mt tonnes over next five years. The share of the organized sector in milk processing is targeted to be raised to 50% from present 30-35%.

Shri Chaturvedi said that Government of India has taken several measures to boost the animal husbandry sector. This includes giving one billion doses of vaccine in a year for FMD which is a bigger drive than in any other country to ensure that cattle are disease-free; animal tagging of five species through Pashu-Aadhar – about 57 crore animals will have unique ID over next 1.5 years on digital platform for mapping their parentage, breed and productivity; improving cattle breeds through artificial insemination, IVF and surrogacy; and aiming to unleash rural entrepreneurs by growing better feed and fodder for animals. Several incentives have been announced like Dairy Infra Development Fund in 2018 and Animal Husbandry Infra Development Fund this month.

Describing fisheries as a sunrise sector, Dr. Rajeev Ranjan, Secretary, Fisheries, said that from 2014-15 to 2018-19, fisheries sector has grown by 10.87%, fish production by 7.53%, fisheries exports have grown by 9.71% and India’s global share of fish production has grown to 7.73%. India is now the 2nd largest aquaculture producer in the world and 4th largest sea food exporter. The USPs of the fisheries sector are its high growth rate, vast and diverse resources, low investment with high returns, low gestation period, strong technical backup, huge consumer base and export opportunities.

Dr. Rajeev Ranjan projected the key targets of Government of India in this sector in next five years – fish production targeted to be raised from 137.58 lakh tons in 2018-19 to 220 lakh tons in 2024-25, average aquaculture productivity to be raised from 3.3 tons/ha to 5.0 tons/ha in 2024-25, fisheries exports to Rs 1 lakh crore by 2024-25 and Rs 2 lakh crore by 2028, and employment generation from about 15 lakhs in 2018-19 to about 55 lakhs in 2024-25. He also elaborated on the recent policy reforms and government initiatives in fisheries sector like Fisheries Infrastructure Development Fund and KCC facility to fishermen. The Secretary outlined the investment opportunities in fish farming like brackish water aquaculture, cage farming, seaweed farming, ornamental fisheries; and in support services like brood banks, hatcheries, feed manufacturing, value chain and processing, etc.