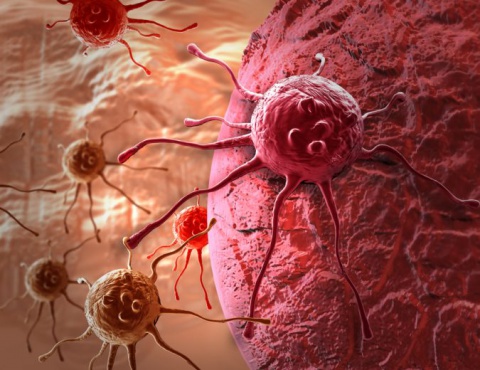 According to an article “Global surveillance of trends in cancer survival 2000-14 (CONCORD-3), published in LANCET, there are differences in survival rates across countries. The study estimates 5-year survival for breast cancer as 88.2% in Canada, 68.78% in Thailand, 76.5 % in Poland and 66.1% in India.However, the coverage of Population in the study is reported to vary from higher coverage in European Countries while it is reported to cover about 0.1 % of population in India. The study has indicated various reasons for variations in survival rate of cancer. The study also impress upon the need of Population Based Cancer Registries (PBCRs) to evaluate both the impact of cancer prevention strategies and the effectiveness of health systems for all patients diagnosed with cancer.The cancer survival rate is generally believed to depend upon amongst others, stage at diagnosis, stage of initiation of treatment, type and site of cancer, correct and complete treatment. Cancer can be diagnosed and treated at various levels in the Health care system.

National Centre for Disease Informatics and Research (NCDIR), an institute under Indian Council of Medical Research (ICMR) is implementing National Cancer Registry Program. As reported by ICMR, estimated incidence and mortality for three years is given belowrespectively:

NCDIR has also initiated a project on “Population Based Cancer Survival on Cancers of Breast, Cervix and Head & Neck” across 28 PBCRs.

Central Government supplements the efforts of the State Government for improving healthcare including prevention, diagnosis and treatment of Cancer. The objectives of National Programme for Prevention and Control of Cancer, Diabetes, Cardiovascular Diseases and Stroke (NPCDCS) being implemented under National Health Mission (NHM) for interventions upto district level include awareness generation for Cancer prevention, opportunistic  screening, early detection and referral to an appropriate level institution for treatment. The focus is on three types of cancer namely breast, cervical and oral cancer.

A population level initiative of prevention, control and screening for common NCDs (diabetes, hypertension and cancer viz. oral, breast and cervical) has been rolled out in over 150 districts of the country in 2017-18 under NHM, as a part of comprehensive primary healthcare. The screening activity will generate awareness on risk factors of common NCDs including cancer.

The Government of India is implementing “Strengthening of Tertiary Care for Cancer facilities” Scheme under NPCDCS to assist to establish/set up State Cancer Institutes (SCI) and Tertiary Care Cancer Centres (TCCC) in different parts of the country. Oncology in its various aspects has focus in case of new AIIMS and many upgraded institutions under PradhanMantriSwasthyaSurakshaYojana (PMSSY). Setting up of National Cancer Institute at Jhajjar (Haryana) and 2nd campus of Chittranjan National Cancer Institute, Kolkata has also been approved. All these will enhance the capacity for prevention and treatment of cancer in the country.  Affordable Medicines and Reliable Implants for Treatment(AMRIT) Pharmacies have been set up by HLL Lifecare Ltd., a Government of India CPSE to make available drugs for cancer inter-alia at discounted prices to the patients.

The Minister of State (Health and Family Welfare), Smt Anupriya Patel stated this in a written reply in the Lok Sabha